One USB battery to rule them all, this summer anyway 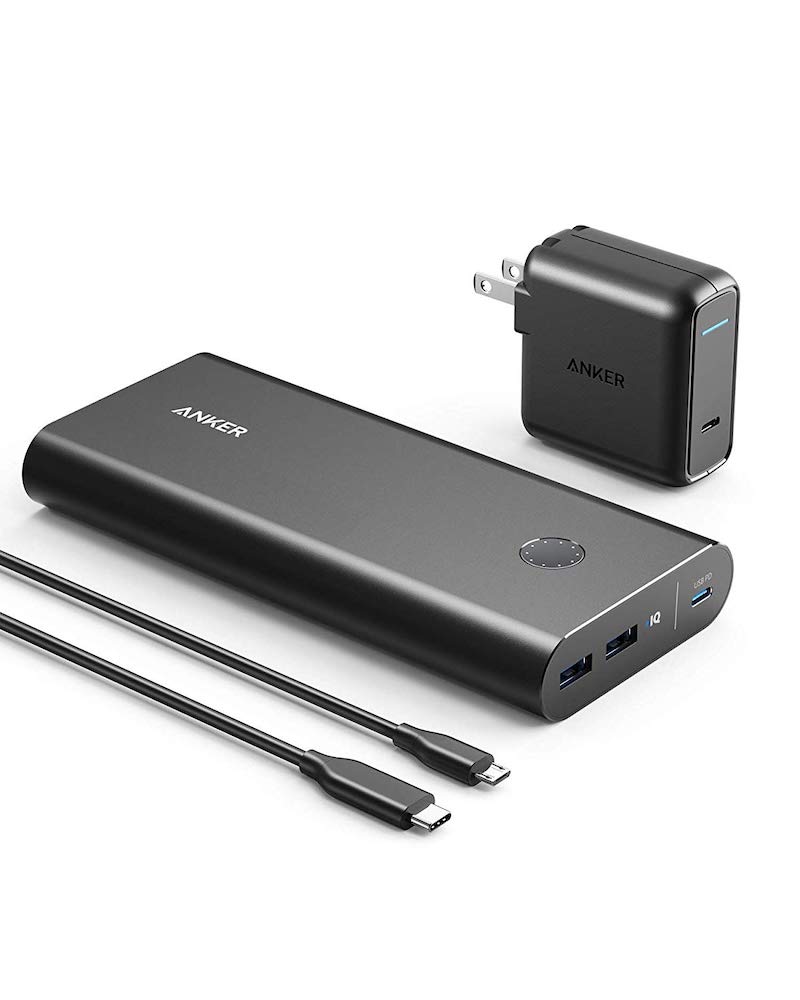 The Anker 26800 Powercore+ PD is the USB battery I have chosen for a summer of heavy travel in a camper van. It is one heck of a USB battery pack.

I wanted to be sure I could spend 4-5 days without needing to find an AC power outlet. I am going to be camping with my two dogs and 12-year-old child all summer! Cameras, phones, tablets, laptops and the Nintendo Switch are all going to need charging up. I have a great solar system for feeding my refrigerator, which in turn feeds us, but the other electronics have to fend for themselves.

I have several smaller batteries that are great for motorcycle trips and can keep my phone and camera charged up, but they lack the oomph for charging things like a Nintendo Switch. I wanted a battery that would be able to charge the Switch while I played on it, as my daughter will likely drain the battery before her bedtime. I wanted the same sort of punch for my tablet as well, knowing that she'll likely kill the battery on that watching TV as we drive during the day.

Vanagons are slow and you have to keep the kid (and me) entertained.

Anyways, the Anker PowerCore+ PD comes with USB 2.0 and USB-C ports, all of which charge at just about their max. The USB 2.0 ports charge at a super 5V/3A, and the USB-C with "Power Delivery" can charge at a full 30W. This will charge a Nintendo Switch as just about the same speed as the Nintendo supplied wall wart plugged into an outlet. It is plenty of power to charge the unit while playing in handheld mode.

You can not charge the Switch while it is docked and outputting HDMI with this battery, that is a handheld only thing. I will be living the #vanlife and a LCD screen is not in my summer plans.

The PowerCore+ PD will charge devices on all 3 ports at once, at full output. When doing so the battery gets quite warm. The math I've seen suggests I get an actual 20,000mAh out of the unit, which leaves 6800 mAh spent heating the camper!

This is also a big battery, weighing in at 1.28lbs it will not fit in a pocket. This is not a battery for carrying around casually, it is the one to leave at basecamp.

The included wall wart charger is a USB-C charger and will charge the PowerCore back up in about 4.5 hours. Generally a battery this big would take 10+ hours to get to full, but this USB-C charger is super handy. It will also charge other USB-C devices at 27W.

I also like that Anker has included a 10 LED power meter around the "power" button. As far as I can tell the button only serves to turn on the LEDs and tell you how much battery is left, as the device automatically senses the device you are charging, negotiates and sends as much power as the thing wants.

I am a fan of Anker's batteries. This PowerCore + PD may be the highest build quality I've seen from them. Their reputation also makes me feel a lot better about it working as advertised, as I've read about problems with PD batteries not charging while devices run.

I am a near daily user of my Kmashi 10,000mah USB battery pack since 2015 and its larger sibling, a Kmashi 15,000mah, has been my travel buddy since 2016. This is the errand runner. The 10,000mah fits handily in the chest pocket of my favorite motorcycle jacket. It fits in my bluejeans back-pocket without creating […]