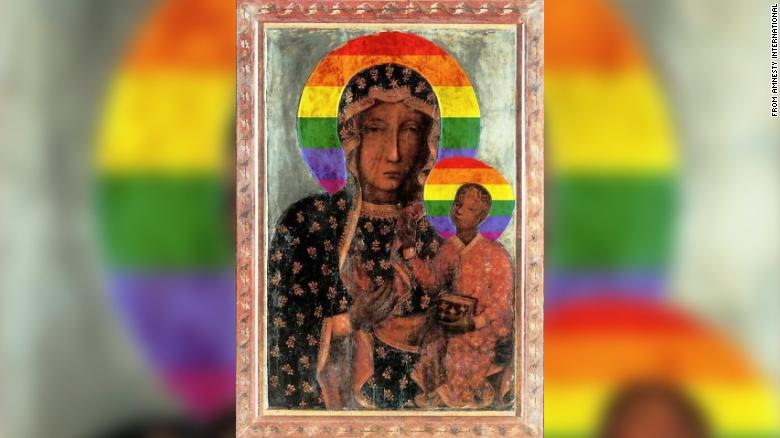 Elżbieta Podlesna could spend up to two years in prison for "offending religious feelings" after putting up posters in Poland showing the Mary and Jesus with LGBT rainbow halos.

Police claim that Podlesna, 51, put up the posters in the small city of Płock, Poland. And they say they found even more posters when they searched her car and home.

Podlesna was detained by authorities as she returned from an Amnesty International advocacy tour.

As a result of the searches, prosecutors are charging her with offending religious feelings. And those charges mean Podlesna faces up to two years in prison if found guilty.