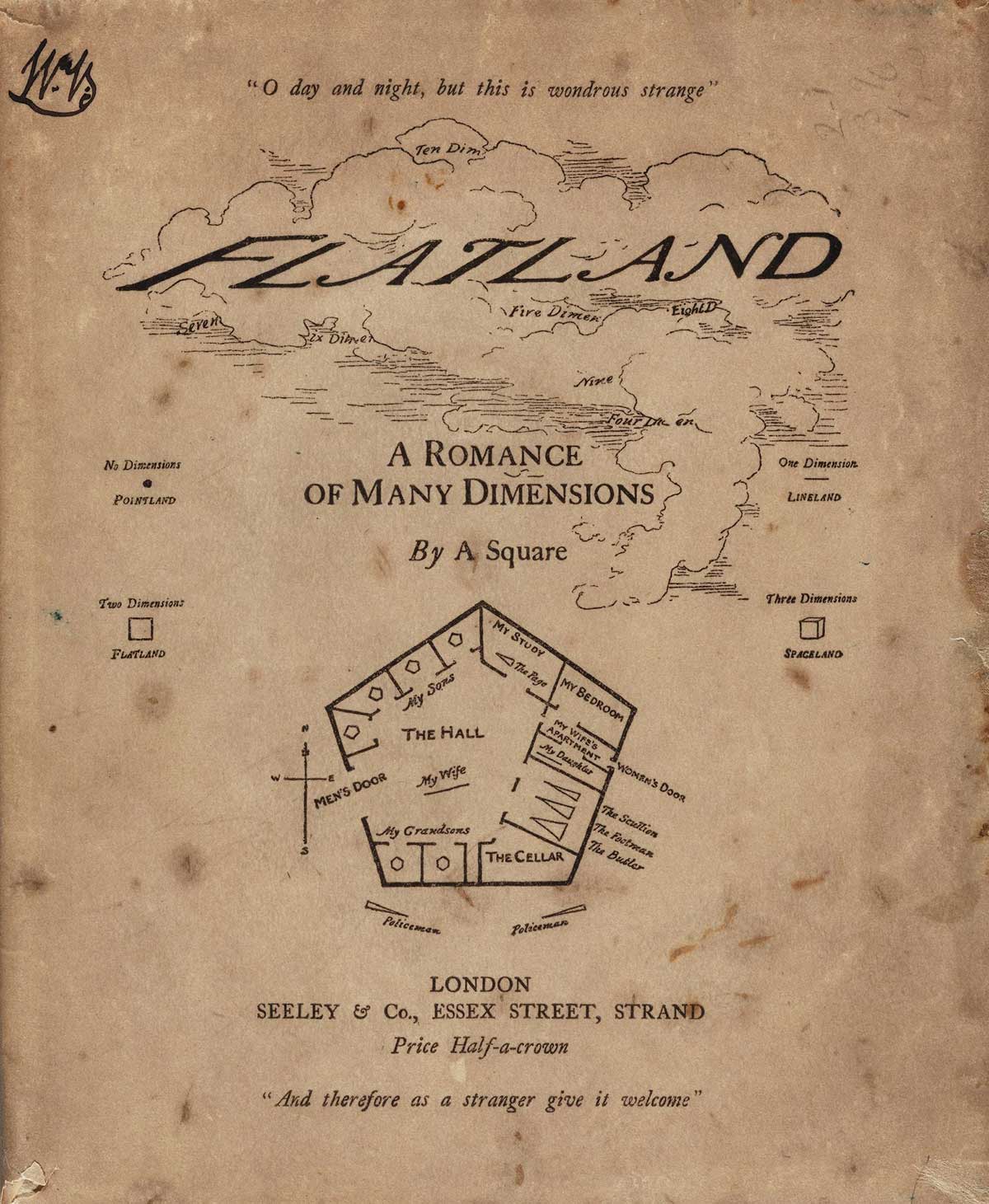 Flatland is a novel by Edwin Abbott Abbott, published in 1884. It's written as a biography by "A. Square," a two-dimensional creature who is literally a living square, thinner than a sheet of paper. He lives with other two-dimensional creatures on a surface called Flatland. In the book, Mr. Square tells of his adventures in worlds of different dimensions: Pointland (zero dimensions), Lineland (one dimension), and Spaceland (three dimensions) all inhabited with creatures suited for their respective worlds. Abbott does a wonderful job of world building, explain how the society (a satire of the Victorian society) and infrastructure of Flatland works. Even though the book was written 135 years ago, I found it very easy to read. Amazon is selling the Dover edition of Flatland for less than the price of a cup of coffee. I just bought it for my daughter.