Tetris on a flip-disc display 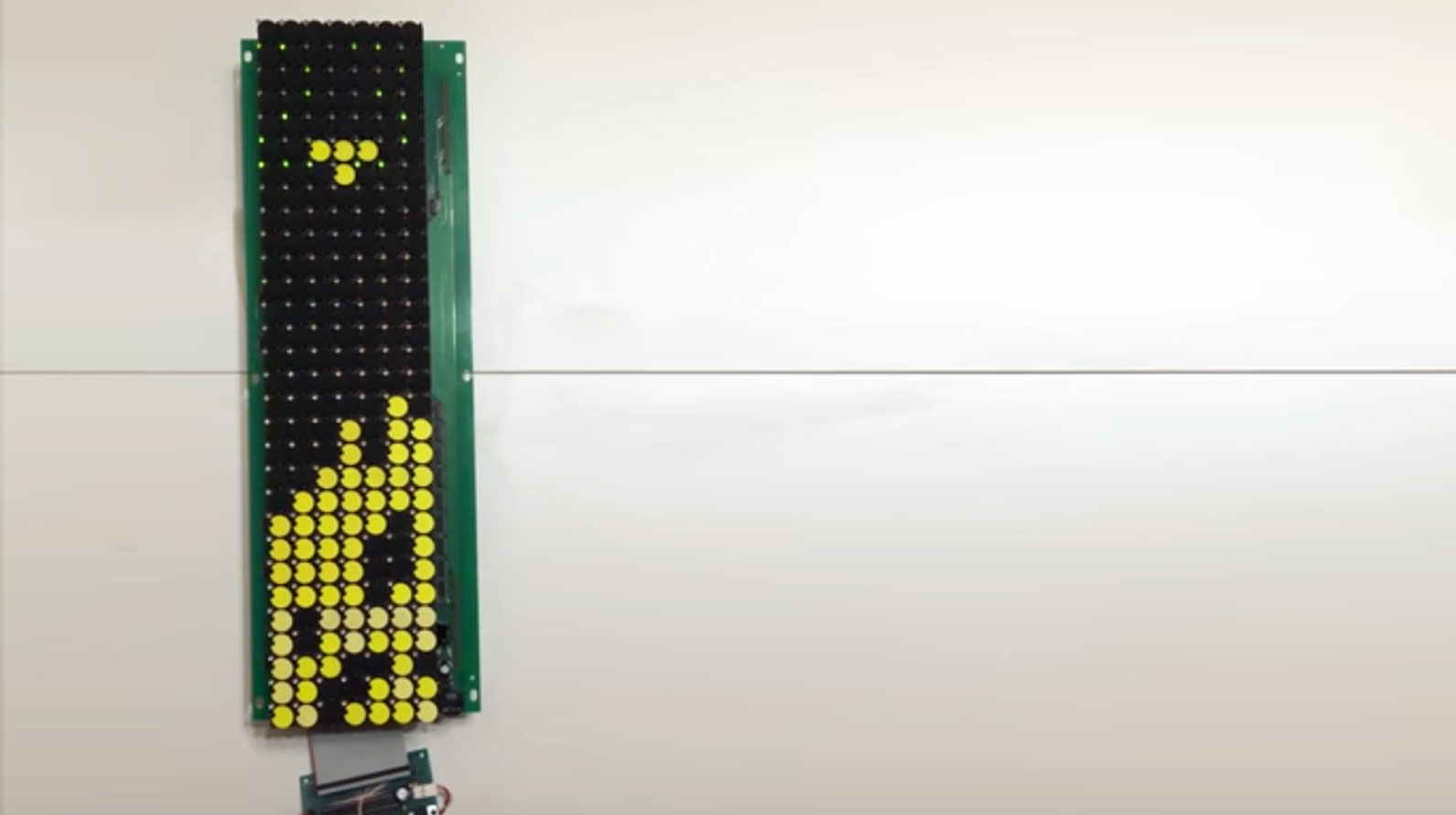 There's a certain satisfaction to lightly-clattering flip-disc signs, once found on destination boards and stock exchanges the world over, and now you can experience it again with Tetris. Sinowin on YouTube implemented the game with a microcontroller and a 7x30 flipdot display.

Luminator and Annax seem to be the go-to brands, but they're not really consumer products and you'll have to put up with shifting availability on eBay; see Unboxing the ANNAX Flipdot display for an unboxing report and this Hackaday post about suppliers.