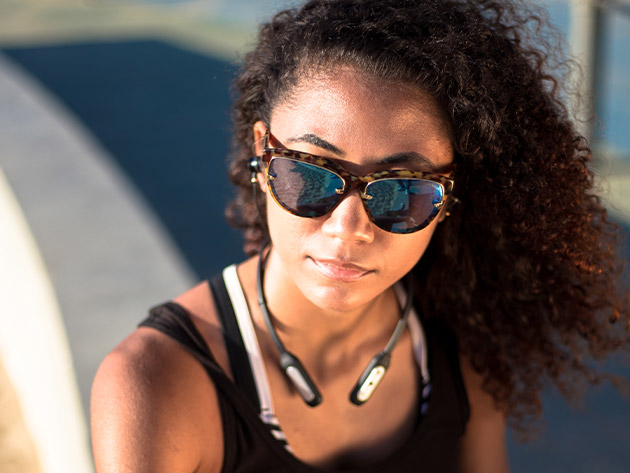 Bluetooth headphones have long been a compromise, delivering a lot of convenience at the cost of a noticeable loss in sound quality. It's a bandwidth issue that's tough to hack, even with the relatively recent rise of 5.0 Bluetooth tech.

That's thanks to a structure that effectively routes different frequencies into separate channels. When they come together, the result is crystal-clear sounds, augmented by aptX noise reduction and an internal cavity that absorbs feedback and allows for theater-caliber, infrasonic bass. The viscoelastic material is surprisingly durable too, as well as being sweat-resistant. You'll get approximately 8 hours of talk time out of them on a charge - enough for a couple of marathon jogs.