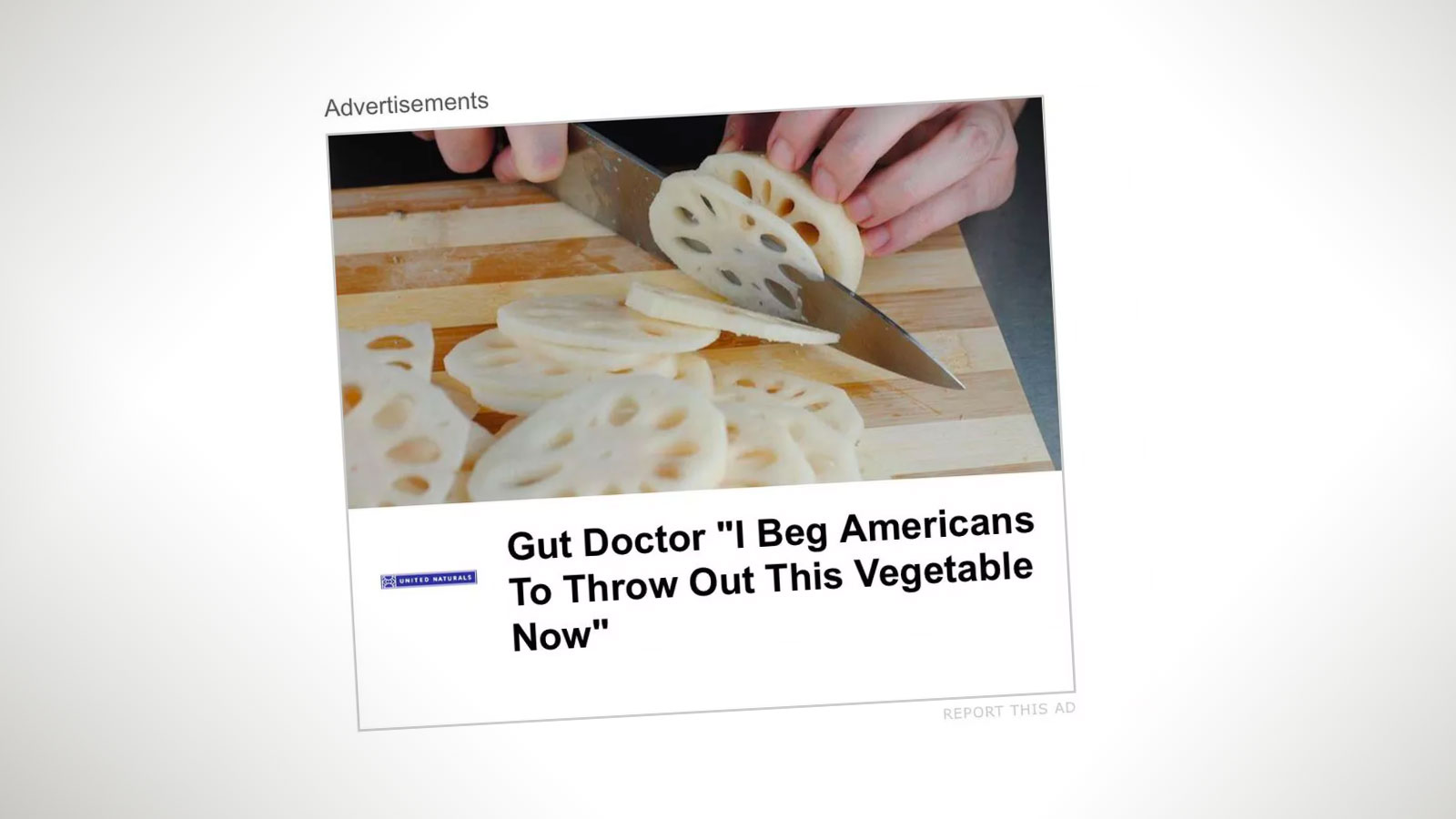 The chumbox — the weird clickbaity news "recommendations" hanging under blog posts and news stories across the web — so often cites a mysterious "gut doctor" that Vox's Kaitlyn Tiffany tracked him down. THROW OUT THIS VEGETABLE NOW.

The gut doctor, to me, is elusive. I have refreshed every website he has been seen on dozens of times, and for me, he will not materialize. Yet, luckily, all of these screenshots contain a visible link to a website for a company called United Naturals. Here, I am greeted by the smiling face of Dr. Vincent Pedre, whose bio describes him as "a Certified Medical Doctor, a Functional Medicine Certified Practitioner, and Chief Wellness Officer at United Naturals." He apparently went to my alma mater for his undergraduate degree. (Go Big Red! Also: Oh, no!) He then attended the University of Miami for medical school, before founding Pedre Integrative Health, "where he takes a largely holistic approach to medicine."

Following below is my favorite variant of the "throw out this vegetable" ad, as the vegetable in question is clearly the God Emperor of Dune at the point of His death, glistening sandtrout exploding from His appalling body, joining Hwi Noree in the banquet of the Gods.

i beg americans to throw out this vegetable / navelgazing

The New York Times celebrated the anniversary of the Tiananmen Square massacre by publishing a column calling for a similar crackdown here in the U.S. It has not gone down well. Critics are horrified that the paper of record would amplify a call for military action against largely black protestors and there is a reported […]

Cops in Warrnambool, Australia, broke Chris Karadaglis' neck when they arrested him. But The Age reports this as "man's neck breaks during arrest" because they're afraid of identifying the breakers, even in an article that's supposedly about their failings. Barrett told The Age that while he can't talk about the specifics of the ongoing investigation […]