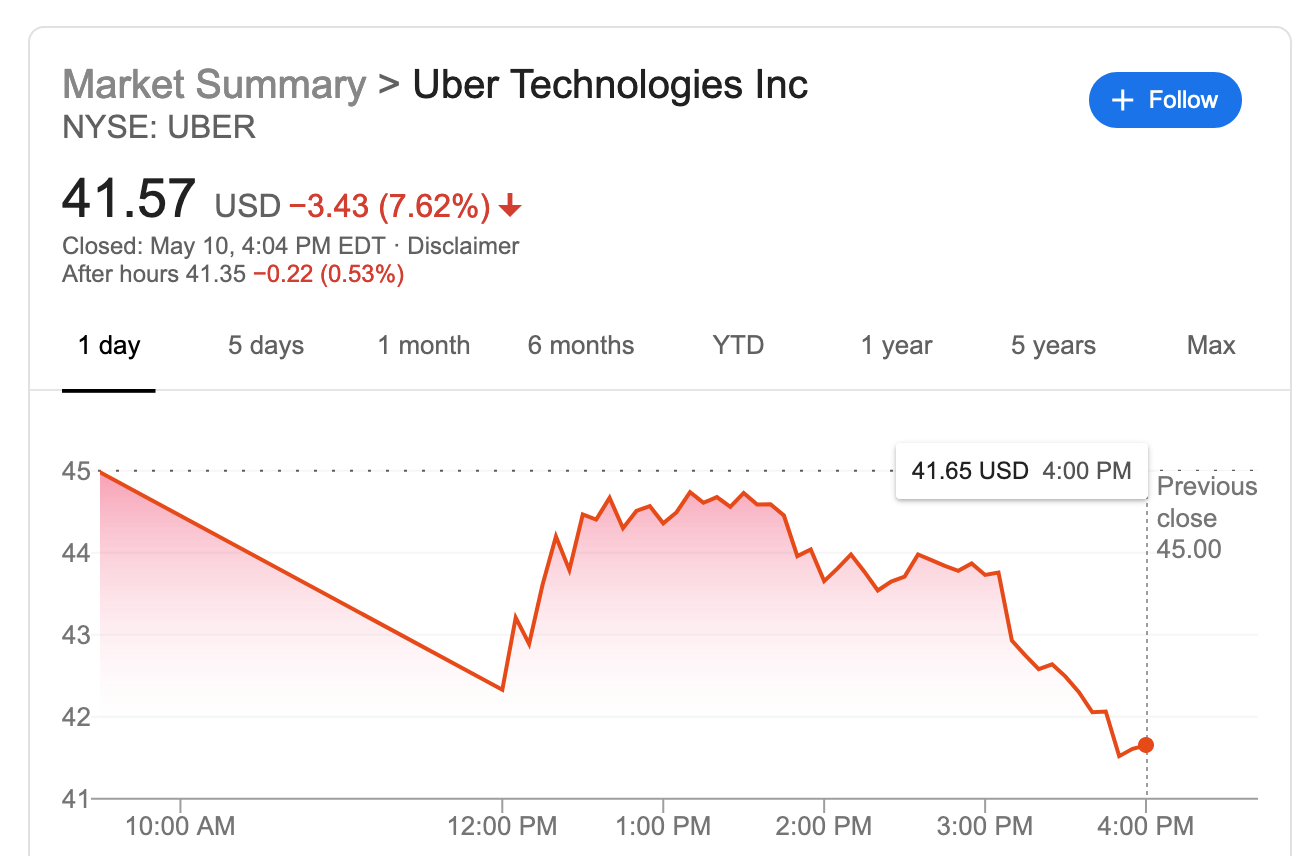 Uber's future prospects depend on doubling fares and halving drivers' pay, or replacing them all with self-driving cars that won't exist for years. What could go wrong?

Experts are hitting the brakes on Uber's trading debut. The ride-hailing company's highly anticipated initial public offering failed to impress investors on Friday, with the stock pricing at the low end of its previously stated range and shedding more than 7% near the end of the session. Market watchers were largely bearish on the IPO, citing Uber's past issues with its culture and corporate governance.