Don't give up straws. Get stainless steel ones instead. 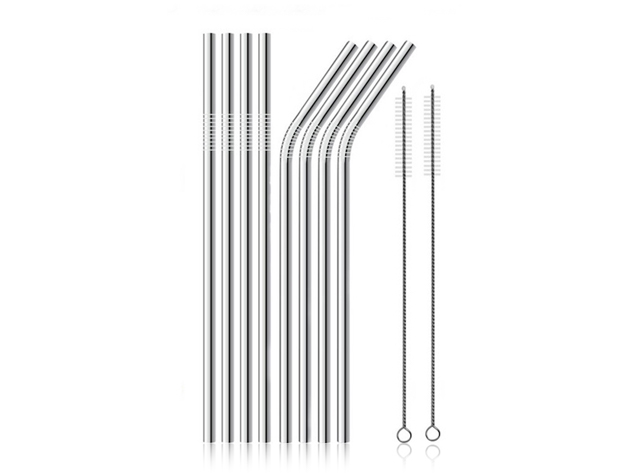 Plastic straws are on their way out. Big cities and entire states have realized this, and more are sure to join Seattle, California and a growing number of others in curbing the use of single-serve straws in the months and years to come.

The thing is, there's already 175 billion of them going into our landfills every year - which means there's no need to wait for legislation to change your habits. Especially not when there's a better alternative in Stainless Steel Straws.

This eight pack includes four straight and four folded straws. That's enough to take along in purses or gym bags, glove compartments or anywhere you need one - and still have plenty left for home use. Unlike old-school straws, they'll work in hot or cold beverages. The stainless steel material means it's corrosion and rust free, and they come with a pair of bristle cleaners for quick and easy care. They're the last set of straws you'll buy - and that's good news for you and the planet both.