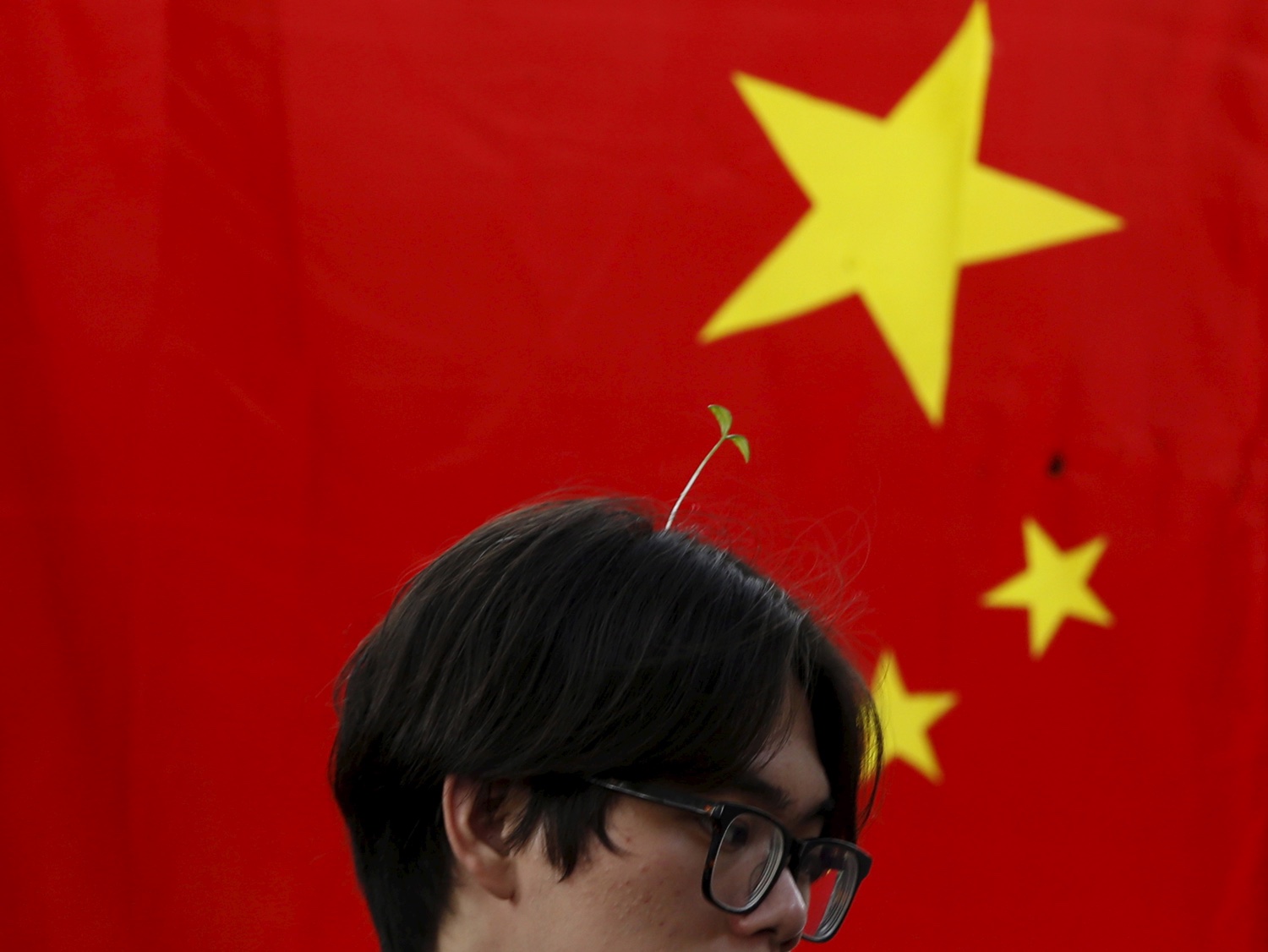 A sprout-sporting guy in Beijing. REUTERS

China is blocking Wikipedia in every language, reports the Tor Project, expanding its censorship to cover editions other than Chinese.