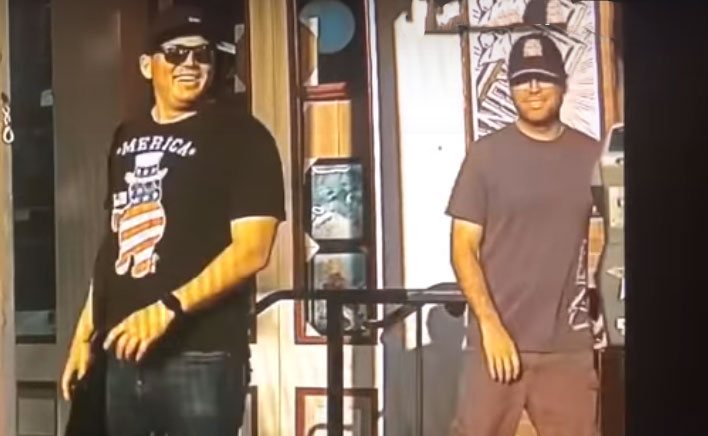 Tesla cars have a "sentry mode" feature that amounts to dashcams pointed hither and yon: useful for video-recording accidents, road ragers, and vandals.

Entire right side of car keyed and dented. Merica

The vandals' self-satisfied grinning really makes it. According to Reddit's crack team of investigators, it was at this location in old Town Sacramento and they were driving a Silver or Grey Dodge Ram pickup.