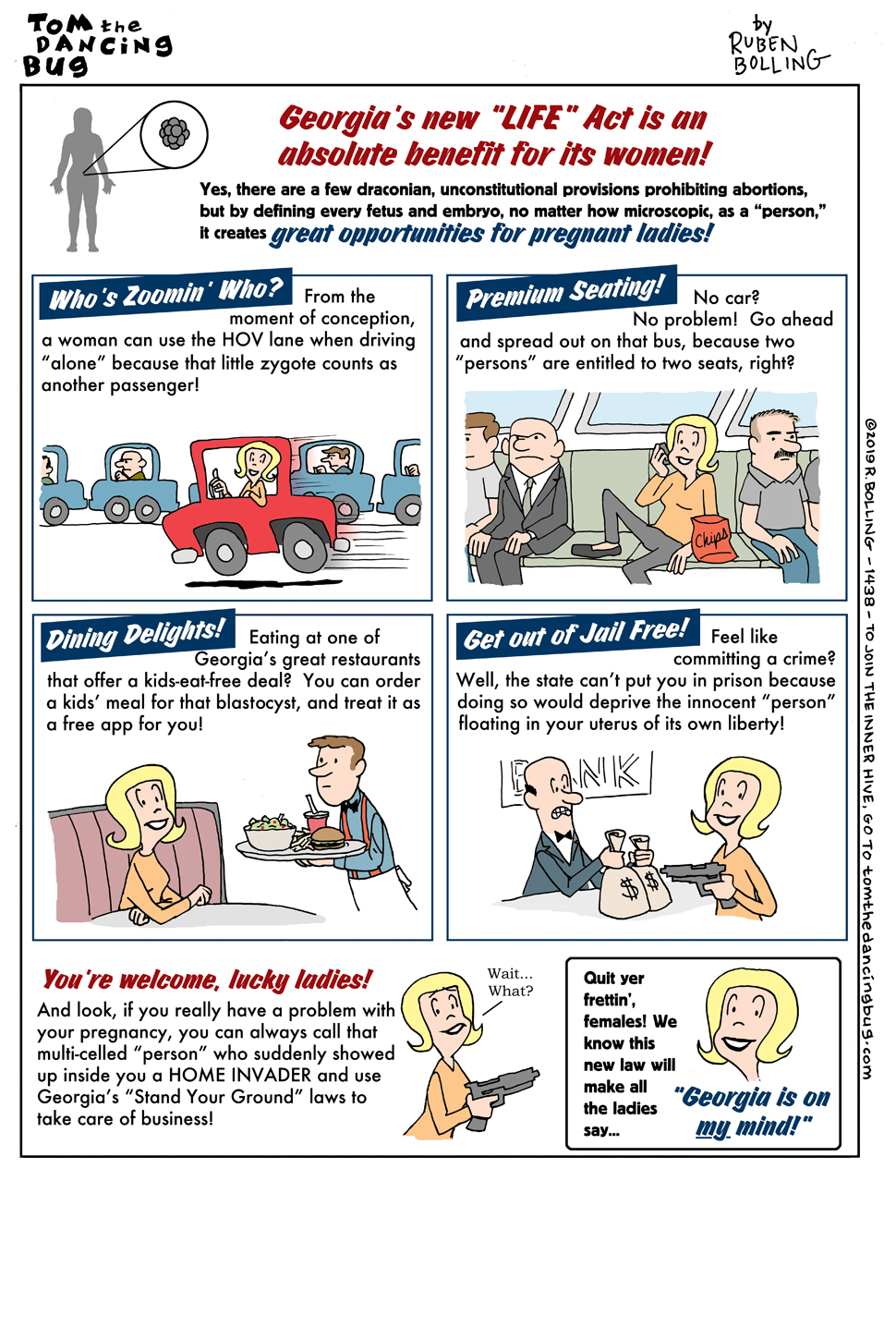 Tom the Dancing Bug, IN WHICH we learn of all the opportunities Georgia's lovely ladies will be granted by its new abortion law

JOIN Tom the Dancing Bug's Inner Hive during the MAY INNER HIVE DRIVE throughout the month of May, and you'll not only get exclusive early access to comics, extra comics, commentary, and other stuff(tm), but you'll also be helping journalists at risk around the world! CLICK HERE FOR MORE INFORMATION!