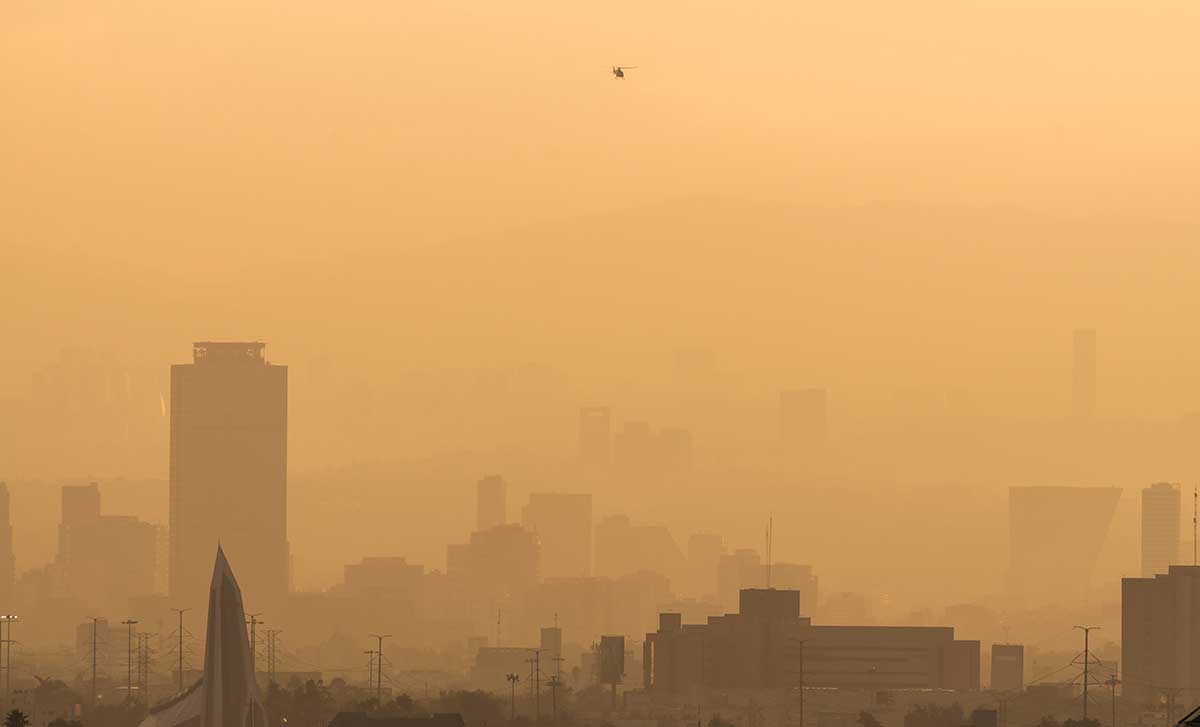 At least 23 fires were reported in Mexico City yesterday, affecting nearly all of the capital’s 16 boroughs and contributing to poor air quality.

To avoid possible respiratory ailments, the commission recommended that residents remain indoors with windows and doors shut, and avoid intense exercise or other outdoor recreational activities.

According to Wikipedia: "after loosening regulations in 2015 by the Mexico City government, air pollution has steadily increased in recent years in Greater Mexico City."

Rather than fixing the cause, Bangkok tries to spray its smog away using water cannons

Bangkok, Thailand is now considered one of the top 10 polluted cities in the world, according to Global News. And to combat the problem, Bangkok is attacking the smog with water cannons. Thai authorities used water cannons on Monday in an effort to combat Bangkok’s air pollution. Masks were also provided after hazardous dust particles […]

Here's what Chinese smog does to a high-speed train

Chinese social media has been blowing up this year with images of high speed trains that have passed through heavy smog on their routes. Here’s the same train when it’s clean:

On January 2, YouTuber Chas Pope captured a noxious cloud of Beijing smog rolling toward his building. I made this earlier today – a bank of AQI400+ smog arriving in Beijing within the space of 20 minutes. It’s already gone viral on the Chinese internet, let’s see what happens internationally… Luckily, Beijing subways have the […]