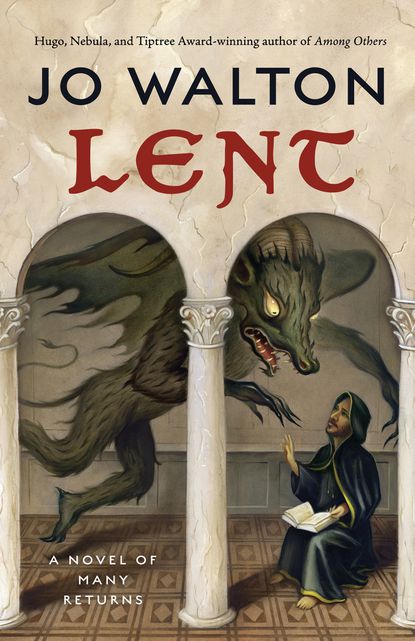 I love Hugo and Nebula-Award winner Jo Walton's science fiction and fantasy novels (previously) and that's why it was such a treat to inaugurate my new gig as an LA Times book reviewer with a review of her latest novel, Lent, a fictionalized retelling of the live of Savonarola, who reformed the Florentine church in the 1490s, opposing a corrupt Pope, who martyred him (except in Walton's book, and unbeknownst to Savonarola himself, Savonarola is a demon who is sent back to Hell when he is martyred, then returned to 1492 Florence to start over again).

The story is motivated by a mystical shift in Savonarola's destiny that allows him to remember, from one incarnation to the next, who he truly is. He lives many different versions of his life, seeking a way to harrow Hell, restore grace, redeem himself and save Florence.

The Groundhog Day-meets-Dante premise is incredibly weird and incredibly satisfying, a bizarrely effective way of making the characters come to life as we see how they would have reacted to the same circumstance with slight variations, building up a series of incredibly detailed and nuanced portraits. And because this is a Walton novel, there are no easy answers, and ambiguity rules overall -- and because Walton has become so close with the Renaissance scholar and science fiction novelist (and librettist, singer, and all-round genius) Ada Palmer, her Renaissance Florence has the ring of the true metal, incredibly well-drawn in ever way.

Whatever her subject, Walton's fiercest weapon is her delicious ambiguity. Narrative is a great simplifier, tidying up messy life situations into neat cause-and-effect tales where characters resolve their dilemmas with action. In a Walton novel, it's frequently unclear whether the characters' situations are real, whether their actions are just or unjust, and yet, each tale resolves in way that is utterly satisfying and lingeringly curious.