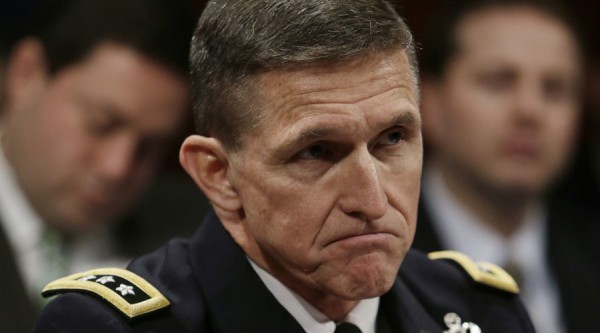 A Washington, D.C. judge today ordered the U.S. Justice Department to post public transcripts of a Michael Flynn voicemail that reportedly captures Trump/Congress efforts "that could have affected both his willingness to cooperate and the completeness of that cooperation.

The newly unredacted filing about Flynn's voicemail is making the rounds, but that part is not new, and corresponds to a message Flynn received from a Trump lawyer that special counsel Robert Mueller mentioned in his report.

But what *is* new is the implication by Mueller's team that someone “connected to” Congress attempted to discourage Michael Flynn's full cooperation with the Mueller probe.

JUST IN: MUELLER team unseals evidence that Flynn aided the obstruction invsetigation -- including providing testimony and a *voice mail* that "could have affected" his testimony. pic.twitter.com/MPar2bMGj5

ALSO: FLYNN cooperated with prosecutors on WIKILEAKS investigation, sharing internal statements made by senior Trump campaign officials discussing the prospect of reaching out to Wikileaks. pic.twitter.com/CfNqZWOIjb

Now: DC judge orders USDOJ to post public transcript of Michael Flynn voicemail that purports to capture Trump/ Congress efforts "that could have affected both his willingness to cooperate and the completeness of that cooperation. Court order: pic.twitter.com/CMx9aMZKXI

Is the person who reached out to Flynn to encourage him not to flip (or, other, fill in the Gaetz blank):

House Democrats ought to hold a hearing with Michael Flynn.

ADDENDUM: The voice mail piece in the newly unredacted filing is NOT new. It corresponds to a message Flynn received fro ma Trump lawyer that Mueller mentions in his report. (see below)

The piece on Congress *is* new. pic.twitter.com/zZvtOgbc1R