Woman lopes on all fours 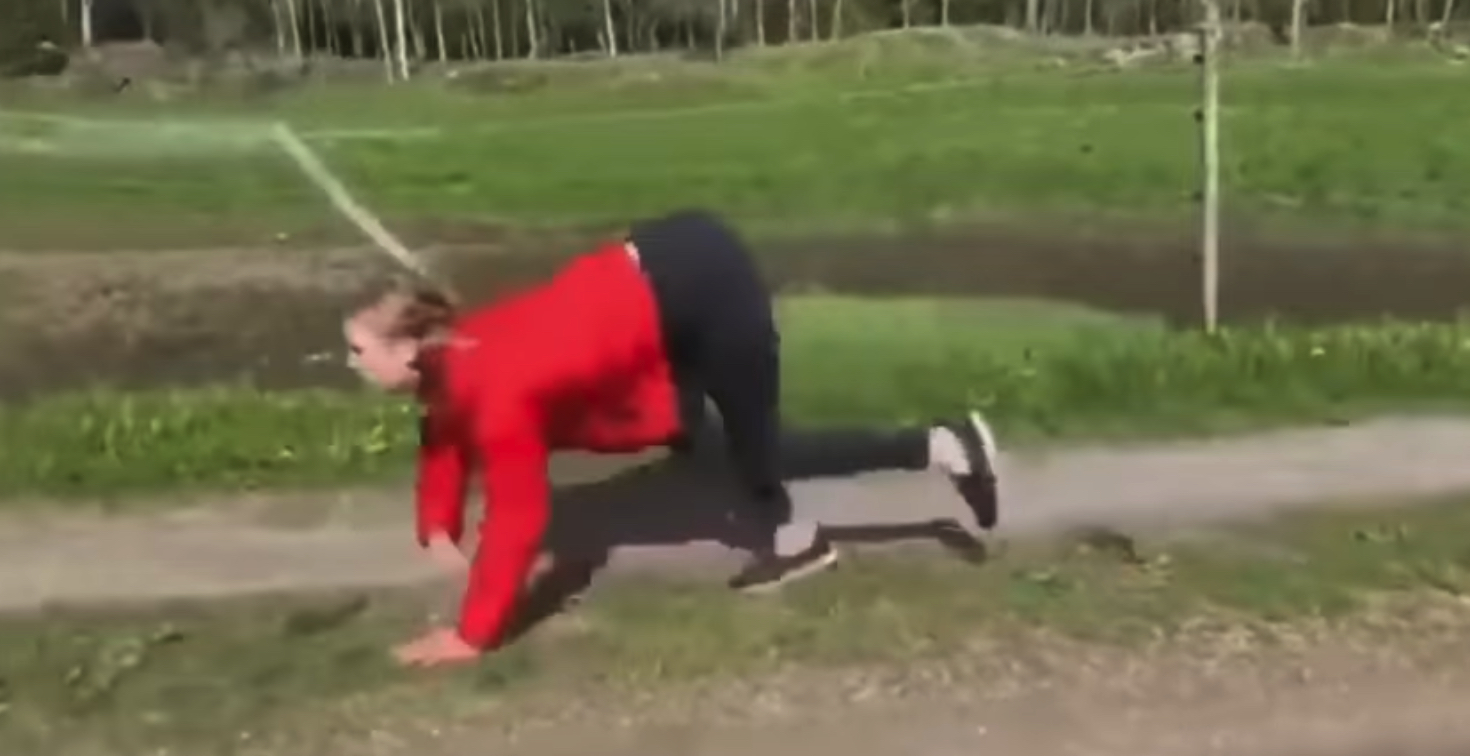 Behold "Karen of the Boreal Valley," whose adventures are made perfect by epic music played so loud it clips like a VHS sword-and-sandals movie at maximum volume on the cheapest television set of 1982.