Watch a year of brute force beat Arkanoid in 11 minutes 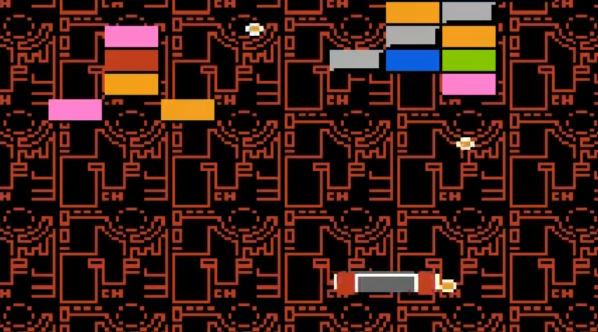 Thanks to a "the use of new strategies discovered by a brute-forcing bot," this computerized speedrun of Arkanoid (on the NES) comes in at 11 minutes and change. To be absolutely clear: this isn't a computer program playing the game; it's the hard-coded result of a computer program spending a year of CPU time brute-forcing every possible input to see which ones clear the game fastest.

I've always been intrigued by brute forcing as an optimization strategy and tried to find a game where it might be possible without spending multiple lifetimes finishing it. After some research, I decided that NES Arkanoid was a good candidate.

At first glance, brute-forcing an 11-minute TAS might seem to be completely impossible, having 2^8^(60 * 60 * 11) possibilities to evaluate. But that assumes we actually want to try every combination of inputs; if we encode the rules of the game into the bot and don't bother looking for things like glitches or ACE exploits, we can actually get this into the realm of possibility. The input surface of the game is actually quite small: you only have to press left, right, and A, and never any of those at the same time. There also aren't all that many ways to bounce the ball around.