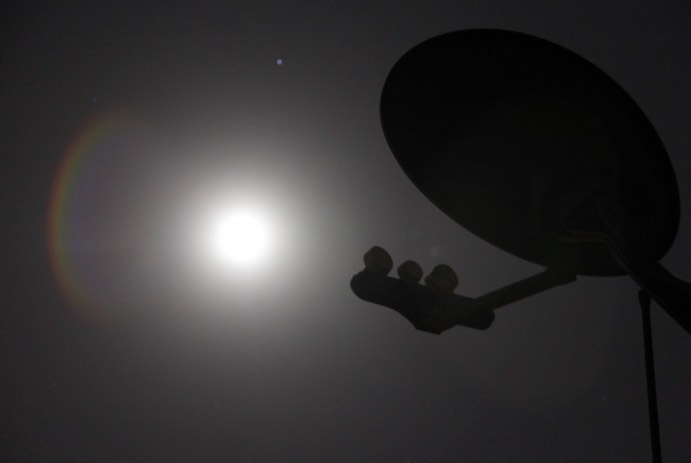 From Mark Harris at the Economist, this news: The Federal Communications Commission has granted PointView Tech, a subsidiary of Facebook, permission to operate its experimental millimeter-wave CubeSat to provide satellite internet.

Here's the FCC experimental permit and license in entirety (page 1 screengrabbed below).

And here was the initial application from PointView, with a description of the satellite internet project's goals:

Facebook has confirmed plans to launch a low-Earth orbit (LEO) broadband satellite early next year in what could be the first step toward a constellation of satellites, according to Wired.

A May 2018 report from IEEE Spectrum provided evidence that a satellite company called PointView Tech LLC is a subsidiary created by Facebook to pursue broadband plans under the code name "Athena."

"When contacted by Wired, Facebook confirmed that Athena is their project," Wired wrote on Friday.

While traditional broadband satellites suffer from high latencies because they orbit the Earth at about 35,400km, low-Earth orbit satellites could provide gigabit Internet service with latencies similar to cable and fiber. Facebook is one of several companies with LEO satellite plans, but companies including SpaceX and OneWeb are further along in their development.

PointView described the Athena project in an application to the Federal Communications Commission.

"While we have nothing to share about specific projects at this time, we believe satellite technology will be an important enabler of the next generation of broadband infrastructure, making it possible to bring broadband connectivity to rural regions where Internet connectivity is lacking or non-existent," a Facebook spokesperson told Wired. (Wired and Ars Technica are both owned by Condé Nast.)

A Wired public records request also turned up an email thread in which PointView Tech requested a meeting with FCC officials about its satellite application. The emails show the meeting was scheduled for May 10 of this year; one email from PointView's lawyer noted that four Facebook executives would be attending.

The public records request also turned up similar emails between PointView representatives and the FCC in July 2016. We contacted Facebook for more details this morning and will update this story if we get a response.

UPDATE: Facebook confirmed to Ars that it owns the Athena satellite, but called it a small research and development experiment.

And that application was granted today.