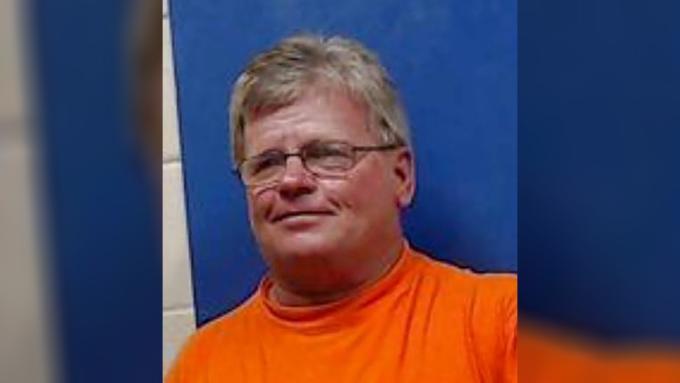 58-year-old Republican lawmaker Douglas McLeod was arrested this week after allegedly punching his wife in the face for not undressing quickly enough when he wanted sex.

McLeod, Mississippi state representative for Lucedale, was "intoxicated and holding a glass of alcohol in his hand" when deputies responded to his home late Saturday, reports the Sun-Herald. He was charged with misdemeanor domestic violence and released on a $1,000 signature bond.

McLeod tried to explain to deputies that everything was OK, then said something else the deputies said they couldn’t understand because of his slurred speech. When deputies went inside, they saw two women standing at the top of a stairwell, both of whom the deputies described as frightened. McLeod’s wife eventually came outside after deputies assured her they would keep her away from her husband. The deputy said McLeod’s wife was shaking and upset. McLeod’s wife said her husband was drunk and “just snapped,” as he often does when under the influence of alcohol, the report said.

More details from the Atlanta Journal-Constitution:

The lawmaker's wife said McLeod was intoxicated and "snapped" because she undressed too slowly when he wanted sex, authorities said. She told deputies that he struck her in the face, giving her a bloody nose.

McLeod's wife then fled to the other woman's room, the report said. He banged on the locked door and threatened to kill the woman's dog if she didn't let him in, the woman told deputies.

What a way to celebrate a vote for an abortion ban.

"Deputies report McLeod punched his wife and bloodied her nose. When officers told McLeod a domestic assault had been reported, they say he replied, 'Are you kidding me?'"

A forthcoming book by two New York Times journalists reveals that Donald Trump suggested shooting migrants in the legs, to slow them down. The remark was uttered in a White House meeting, and was only the most blantantly sadistic of the various stupid and deranged suggestions they claim he made. The book – called Border […]