Watch: cycling to work through cavernous limestone mines turned into a business park 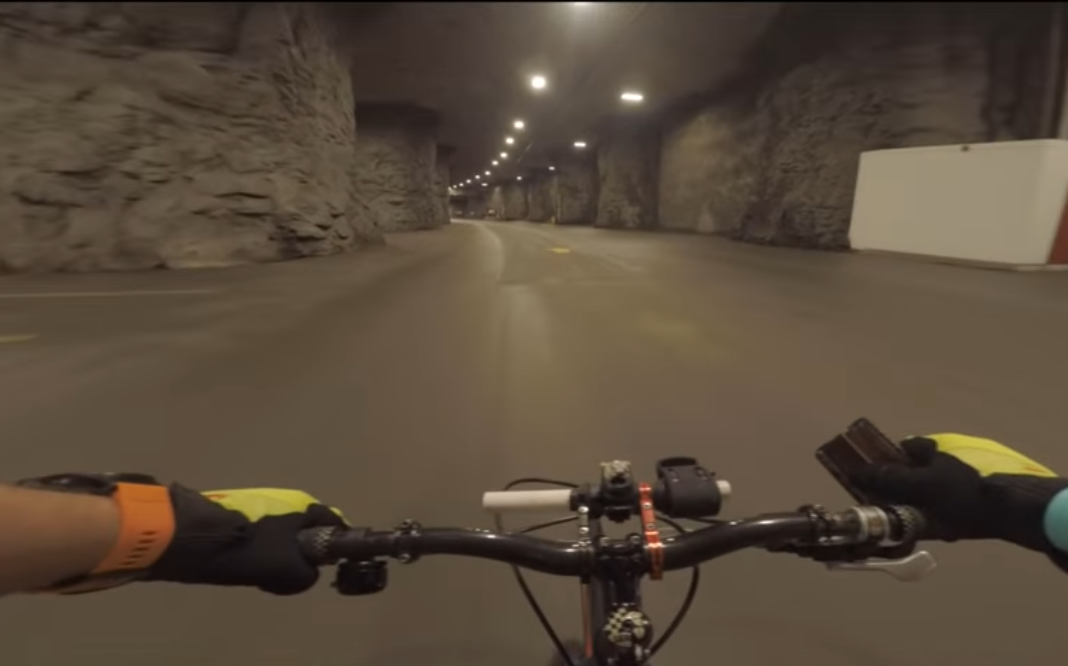 He calls it YouTube's most unusual bicycle commute. It's a fair claim, too, what with pedaling daily through cavernous limestone mines repurposed as The Springfield Underground, a secure business park in Missouri.

2.5m square feet of warehouses, and who knows how many millions more yet to be developed. The caverns down here are just incredible. THE CAVES.

Here's a slideshow history of the facility, from mining to meat storage.

Vacancies are rare, according to the Springfield News-Leader. Kraft is the largest tenant. Most use it as warehousing and distribution for products that must stay cool; it is always 58° in the caves.

With about a dozen facilities, Missouri is one of the leading states in the underground real estate industry, largely thanks to its mining history and geological makeup — limestone deposits are often covered with a layer of shale, which prevents runoff water from entering old mines. In addition to Springfield Underground, local facilities include The Mountain Complex in Branson and an Americold Logistics facility in Carthage. SubTropolis, a facility in Kansas City which bills itself as "the world's largest underground business complex," has nearly 6 million square feet of space rented.

Here's a video taken coming into a different entrance:

The bike-commute video could be the intro sequence to a video game where the lights suddenly go off and you have to escape the facility, suddenly overrun by ████████, but not before you've found out what that creepy new tenant was up to and ███████████ the █████.

In Bermuda, the enchanting Crystal Caves attract tourists with their huge stalactites and stalagmites above the clear water pools. As a child, Michael K. Frith frequently visited the caves and never forgot their weird, otherworldly beauty. Those caves would eventually inspire Frith, working with puppeteer Jim Henson, to co-create Fraggle Rock, a beloved muppet TV […]

All 12 boys rescued from Thai cave

The BBC reports that the last of the boys trapped deep in a flooded Thai cave is out, along with their coach. • All 12 members of a Thai youth football team and their coach have been brought safely out of the cave in northern Thailand • Eight boys rescued on Sunday and Monday are […]

Before China came under the sway of Communist rule, many of the impoverished people of the country’s southwestern Guizhou province opted to live in caves rather than face the frequent assaults by the region’s criminal element. The cave complexes in Guizhou are massive, and until recently, were unknown to those who hailed from outside of […]