The Reality Bubble: how humanity's collective blindspots render us incapable of seeing danger until it's too late (and what to do about it) 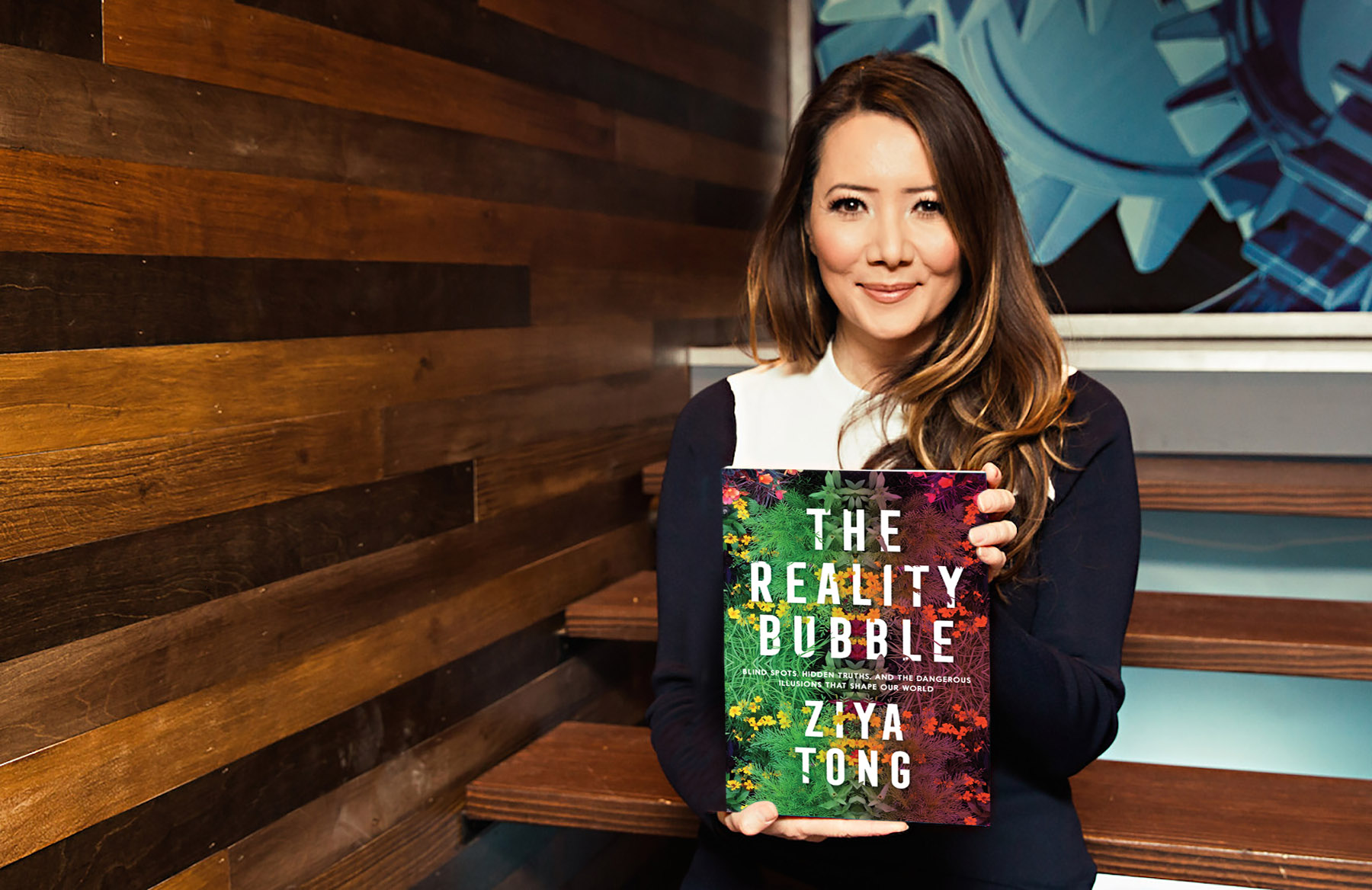 Ziya Tong is a veteran science reporter who spent years hosting Discovery's flagship science program, Daily Planet: it's the sort of job that gives you a very broad, interdisciplinary view of the sciences, and it shows in her debut book, The Reality Bubble: Blind Spots, Hidden Truths, and the Dangerous Illusions that Shape Our World, a tour of ten ways in which our senses, our society, and our political system leads us to systematically misunderstand the world, to our deadly detriment.

Tong's thesis is that we are prisoners of our context and our senses (as the old science fiction maxim goes: "All laws are local and no law knows how local it is"), and that our biological shortcomings cause us to misapprehend the universe, while our politics and economics systematically blind us to the world around us (for example, the web will deliver many realtime views of eagles nesting, but few to none of chickens being slaughtered).

Tong opens with our sensory apparatus and its misleading precision. It takes an effort of will to see the world as it is, occupied by living things that are mostly much smaller than we are, and far, far more numerous; and also set in a universe that is much larger than we can hold in our imaginations for more than an instant. The intuitions we get from our senses -- that humans are of average size, and that the universe is mostly arrayed around us -- confound and confuse us. Then, as we get smaller still, we have to confront the idea that matter itself is mostly an illusion, the things we think of as "solid" really mostly made of empty space, and our collisons with "reality" (like stubbing your toe) are actually mysterious fields being repelled by one another, while neutrinos stream through "solid matter" as though it wasn't there at all (it's not).

From there, Tong navigates us to our systemic blindspots: about where our food comes from (and the cruelty this entails) and where our waste goes, where energy comes from and where its waste goes.

Finally, Tong shows us how our relationship to these hard-to-see, deliberately obscured systems lead us astray, cooking our planet and abusing the other living things we share it with, and how the seemingly inevitable relationships we have with land, private property, animals, waste and food are entirely contingent, eminently changeable, and long overdue for reconsideration.

Reality Bubble attracted early positive notices from Naomi Klein, David Suzuki, and Jane Goodall, and it's not hard to see why. It's a skillful weaving-together of disparate threads from many disciplines, set out in evocative language that expresses a profound love for our species and the other living things we share our only habitable world with. It's not just a wake-up call, it's a recipe for survival -- alarming yet hopeful.