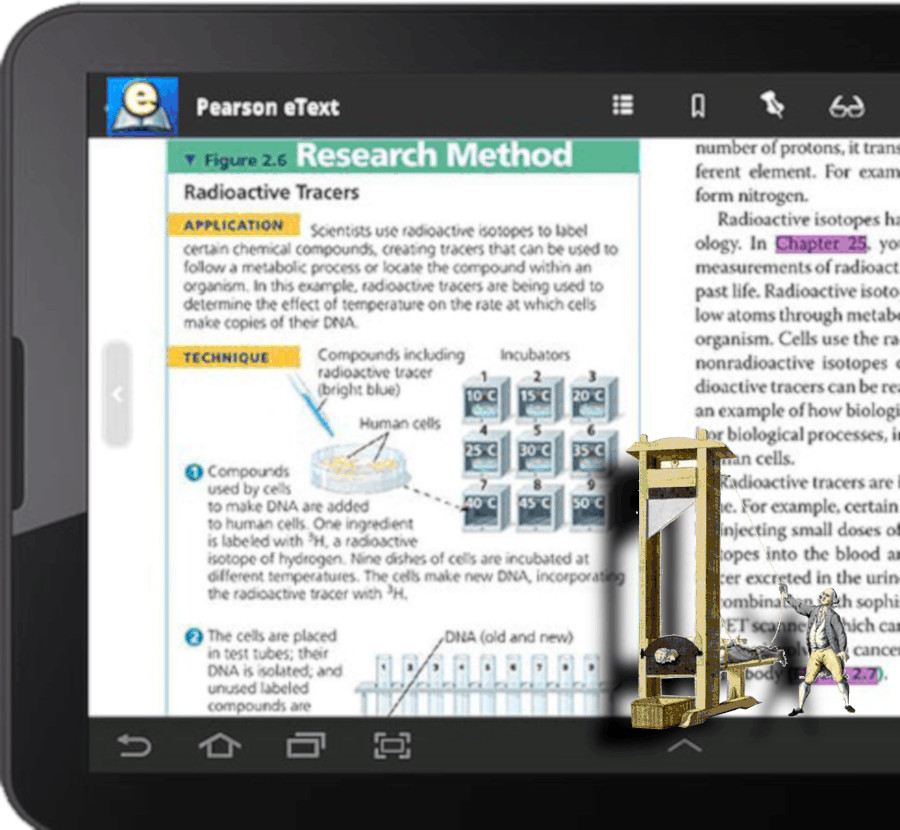 The Virginia Pirate Corporation is a startup that brokers sales of used textbooks at colleges; they're suing North Charleston, SC's Trident Technical College over its inclusion of textbook fees in tuition, meaning that students will have already paid for new textbooks when they pay their tuition.

Trident's preferred textbook vendor is Pearson; other Big Textbook vendors (like McGraw-Hill, which is merging with its major competitor, Cengage) do the same, and defend the practice, saying that it ensures that students don't experience sticker shock when they buy their assigned texts.

Textbook costs have been rising 12 percent per year, with mandatory subscription fees for access to online portals that some students never use. This squeeze by the publishers fed a thriving used textbook market, which the publishers have fought for decades -- first by creating "new editions" with unimportant revisions; then by creating "custom textbooks" and offering kickbacks to colleges that varied the readings slightly every year, to render last year's used books obsolete; now the publishers are directly bundling textbook fees with tuition and tying each year's instruction to access to publishers' online portals. The textbook market is worth $3.5B.

Textbook publishers also resort to outright bribery, offering thousands of dollars in "reviewing" fees paid to profs who consider replacing their texts each year -- profs also get taken on expensive junkets and wooed by publishers.

Goegan recently called out his school's provost for allegedly forcing students to buy access codes, sending an email last month to the entire economics department that subsequently went viral. In the message, he claimed the provost there took a deal with Cengage. As InsideHigherEd reported, the gist of his accusation, which the college has categorically denied, is that, in return for a grant, the school compelled undergraduates to buy a $100 program called MindTap from the company, and also promised to fail at least 30 percent of students to somehow make it seem more effective.

"There were some semesters where I had over 1,000 students in my classes," Goegan said. "With that many students, my choice of textbook would direct $100,000 to $200,000 in spending per semester. It's no surprise that publishers will go to great lengths to get you to adopt their product."