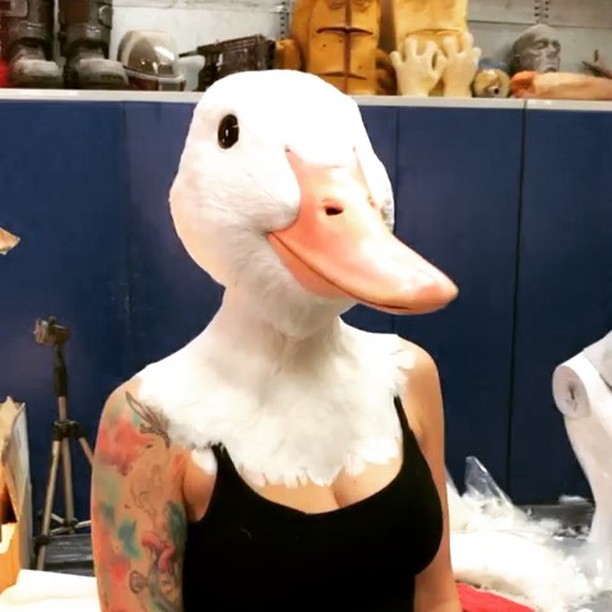 Costume designer and prop maker Melissa Vian [Instagram] shows off a duck-head mask she hand-glued thousands of feathers to herself.

You probably heard that the U.S. Postal Service is tanking, expecting to run out of money by October 2020. Interestingly, it’s not funded by taxpayers, but entirely through the sale of postage, gifts, and services. So, now there’s a growing movement to help save them by purchasing postage stamps and other products from their online […]

If the year was 1836 and you were a Royal Librarian at Spain’s Real Biblioteca Pública, this was probably your uniform. We can assume pants were part of the deal (right?). Seguro que te cuesta imaginar que así vestían los bibliotecarios de la BNE…¡A nosotros también!Hasta 1836, año en… Posted by Biblioteca Nacional de España […]