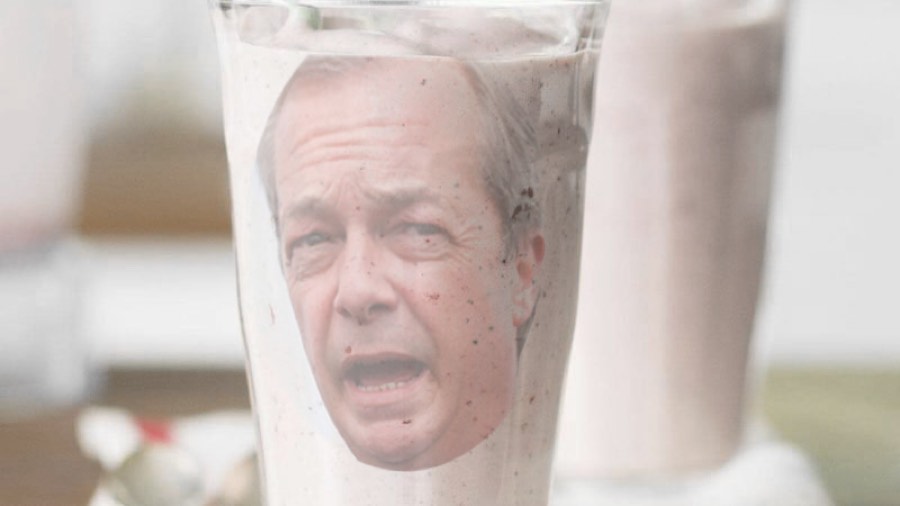 "Combining the public humiliation of racists and one of nature's most delicious frosty treats is pure poetry in motion," writes Kim Kelly at VICE's Munchies, where we also read a disclaimer we'd like to pass on to you: "For legal reasons, we must mention that throwing milkshakes qualifies as assault in some jurisdictions."

Scoop the ice cream into the base of a blender jar, and top with milk. Pulse the blender a couple times to incorporate, then add the chocolate syrup and pulse until combined, pushing the ice cream down the sides if necessary. If you blend for too long, the blender heats up and melts the ice cream, making the shake unideal for drinking but perfect for throwing.

Adjust the texture as needed with more milk or ice cream, pulsing after each addition.

Remove the chilled glass from the freezer and pour the milkshake in. Serve (or throw, if legal in your jurisdiction) immediately.

Such a shame to waste such deliciousness on someone like Nigel Farage. But there you go.

How to Make the Perfect Milkshake for Throwing at Fascists [vice.com]