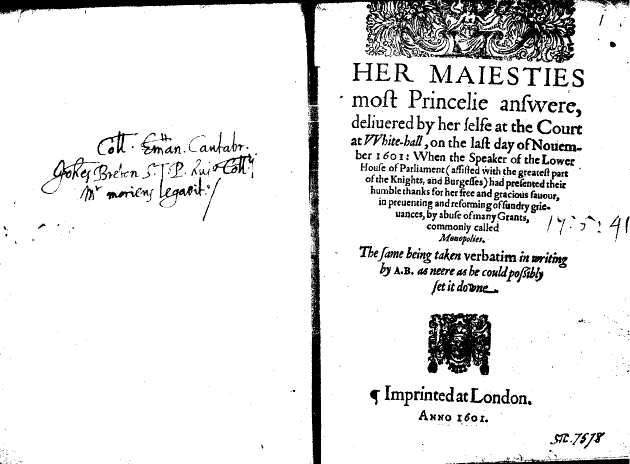 We've written extensively about the glories of the New York Public Library, from its talented book-sorters to its circulating collection of neckties and briefcases for job-seekers to the subway cars it turned into virtual ebook libraries to its pioneering work on e-lending platforms to its astounding online collections, which include some of the best-presented public domain resources in the world.

In a new blog post, Electronic Resources Librarian Rhonda Evans takes us on a tour of the NYPL's "top ten best kept online secrets": marvellous, globally accessible collections including more than 700,000 declassified US government documents to more than 800 screenplays to a database of test-prep/elearning resources for the ACT, SAT, GED, and TOEFL, to 7,000,000+ AP images.

These materials are all meticulously catalogued and beautifully presented.

The older the book the harder it is to come by, but don't worry, with your New York Public Library card you can read every book in the English language printed abroad from 1475 to 1700. For example, read Queen Elizabeth I’s 1601 work, Her Maiesties most princelie answere, deliuered by her selfe at the court at VVhite-hall, on the last day of Nouember 1601 When the speaker of the lower house of parliament (assisted with the greatest part of the knights, and burgesses) had presented their humble thanks for her free and gracious sauour, in preuenting and reforming of sundry grieuances, by abuse of many grants, commonly called monopolies. The same being taken verbatim in writing by A.B. as neere as he could possibly set it downe.