'Deadwood: The Movie' premieres this Friday on HBO, and looks great 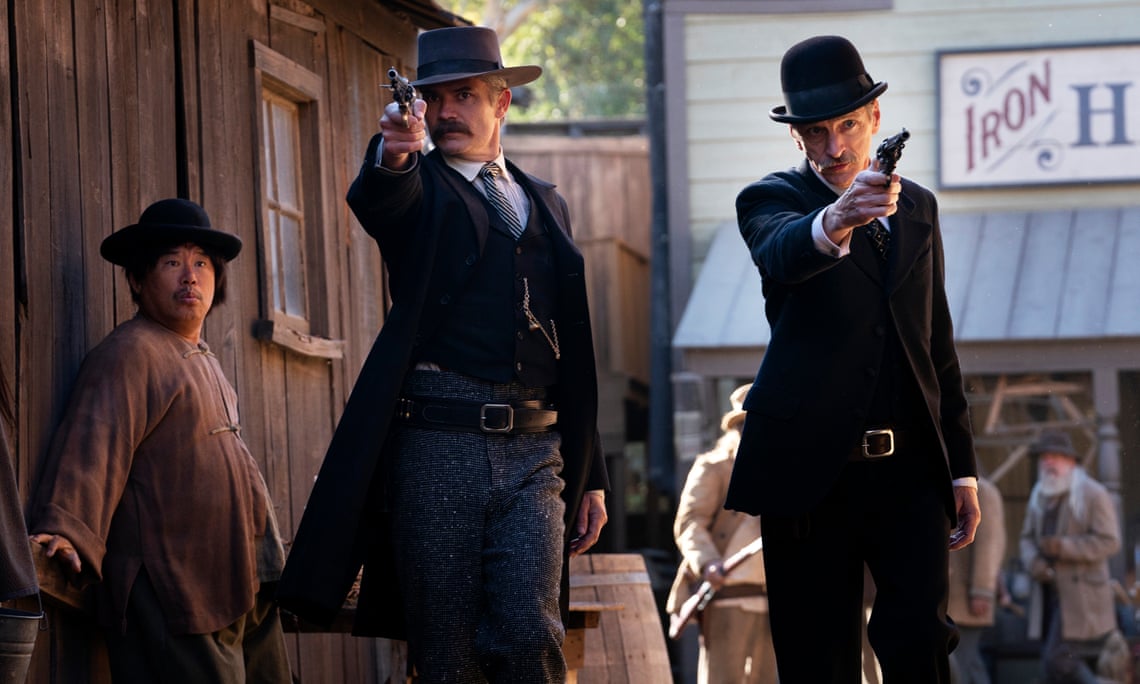 Deadwood: The Movie airs on HBO in the US on Friday, May 31.

“Thirteen years after it was abruptly cancelled, David Milch’s grimy, glorious western finally gets the ending it deserves.”

From James Donaghy's tease in The Guardian:

Set in the historic lawless mining camp in the Black Hills gold rush of the 1870s, Deadwood melded profanity and poetry like no TV show before, reimagining the historic figures of the town in a bloody, grimy revisionist western that felt resolutely arthouse from its first shot to its last. It deserved better and now Deadwood: The Movie is a bold attempt to right that wrong, 13 years after its cancellation.

It does the trick. While it isn’t quite Deadwood at its jaw-dropping best – few things in TV history are – there is enough of the old magic left to deliver a satisfying ending.

We find Deadwood well on its way to gentrification, a far cry from the rough-as-guts encampment that greeted us in 2004, caked in shit and blood. Trains not wagons now deliver newcomers, the thoroughfare looks more like a street, less like a pigpen, and there’s even a public phone. We are 10 years down the line from the final action of the TV show, with the town coming together to celebrate South Dakota becoming the 40th state of the Union. Philosopher king Al Swearengen is in still in situ at The Gem, perma-angry marshall Seth Bullock still inhales and expels pure righteousness and malevolent robber baron George Hearst is back in town.

The Deadwood movie airs tomorrow night. I think I’m in about 20 seconds of it but I can guarantee it’ll all be good.

The Deadwood movie gave me an excuse to re-watch all three seasons and write this piece, which I've been thinking about since before I was a critic, on why shows about masculinity need equally vivid female characters https://t.co/It8su7i3U6

please watch DEADWOOD: THE MOVIE. my elegy to a beloved series. no spoilers. https://t.co/85MPZneC2q

Ian McShane – star of #Deadwood – on the @HBO movie: "I think we've made it work" https://t.co/KyP2v3pDi4 pic.twitter.com/xpsBxtDjAN

This is so great! Garrett Dillahunt, who stole scenes as two totally different characters on Deadwood - the droop-eyed Jack McCall and the terrifying Francis Wolcott - is back as an extra in the movie. https://t.co/oKHFAsLtZO pic.twitter.com/CiESxbvrkg