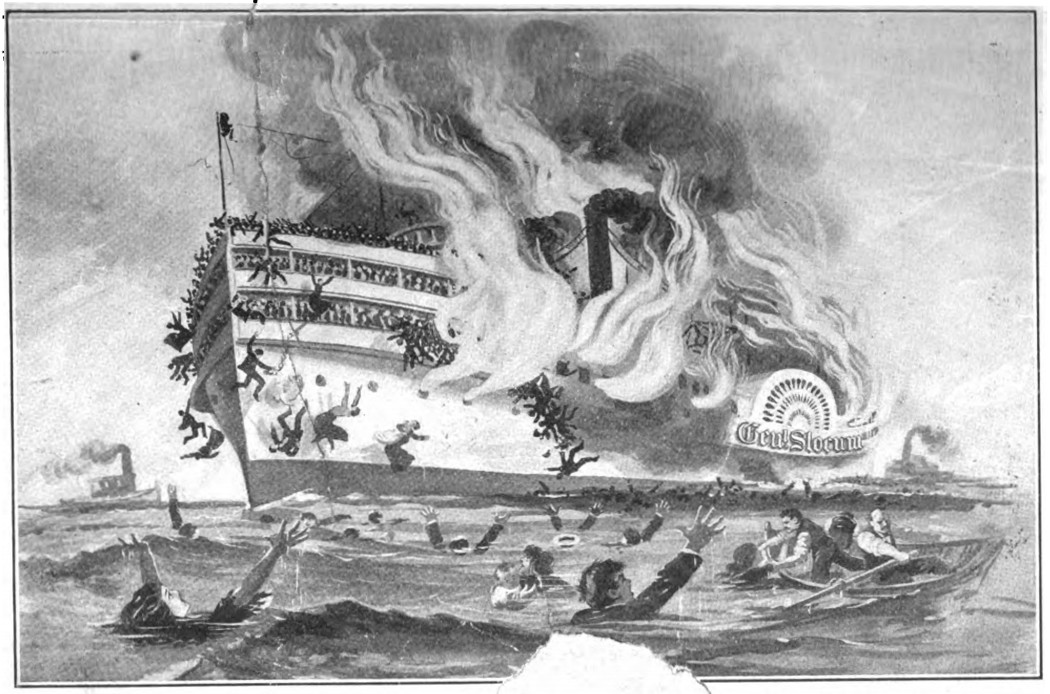 In 1904 a Manhattan church outing descended into horror when a passenger steamboat caught fire on the East River. More than a thousand people struggled to survive as the captain raced to reach land. In this week's episode of the Futility Closet podcast we'll describe the burning of the General Slocum, the worst maritime disaster in the history of New York City.

We'll also chase some marathon cheaters and puzzle over a confusing speeding ticket.