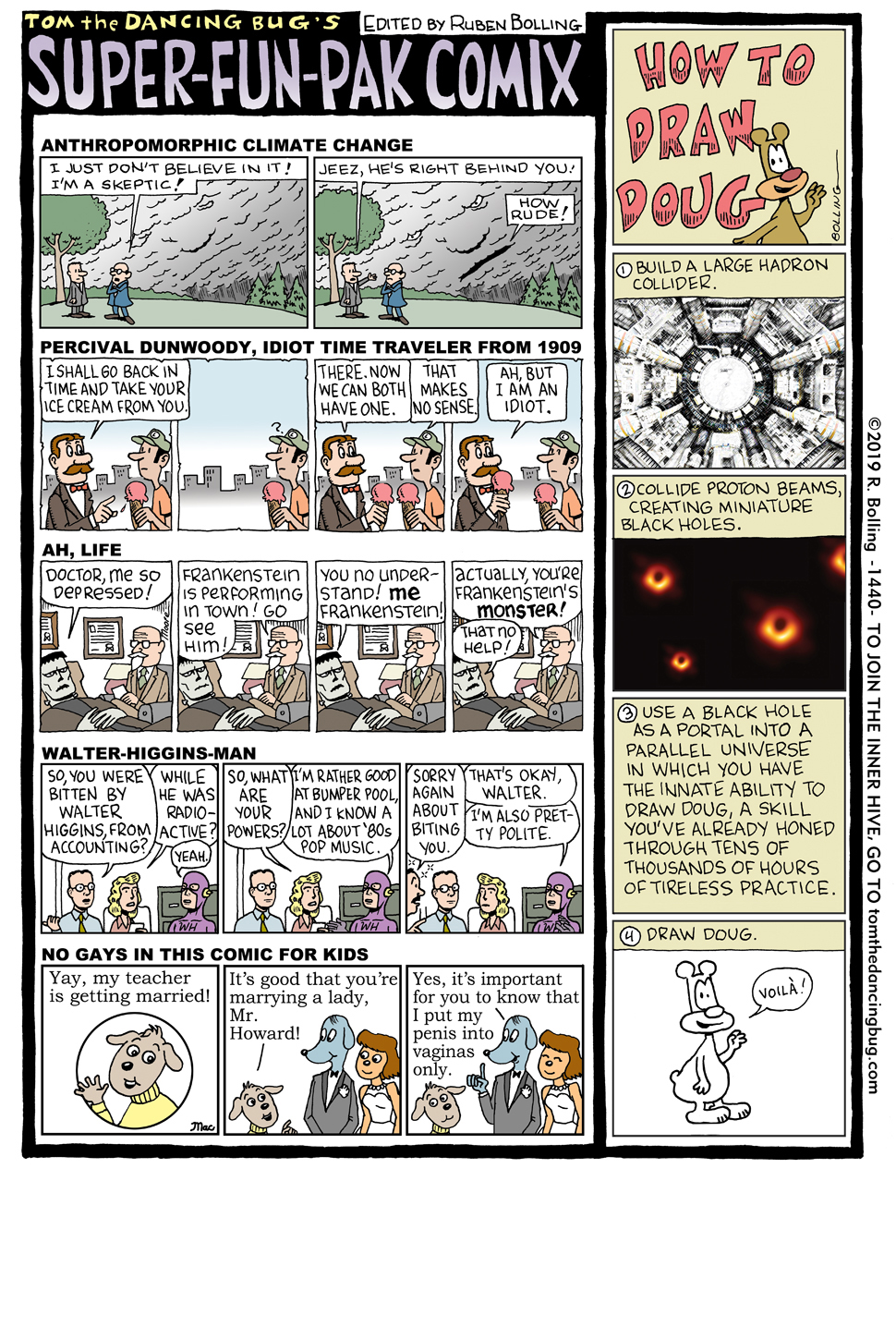 Tom the Dancing Bug, IN WHICH Super-Fun-Pak Comix features Percival Dunwoody, How to Draw Doug, Walter-Higgins-Man, and much, much (much) MORE!

JOIN Tom the Dancing Bug's Inner Hive during the MAY INNER HIVE DRIVE throughout the month of May, and you'll not only get exclusive early access to comics, extra comics, commentary, and other stuff(tm), but you'll also be helping women in crisis get access to abortion facilities. CLICK HERE FOR MORE INFORMATION!