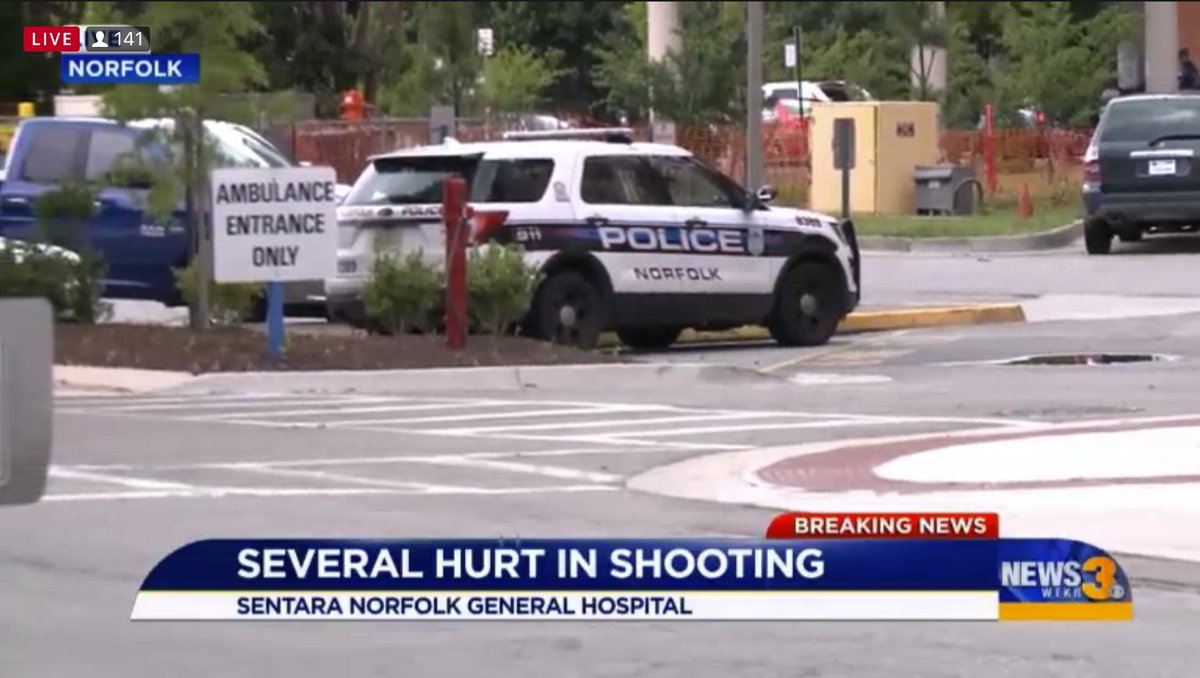 Multiple injuries in shooting at a municipal center in Virginia Beach, police say; shooter in custody.

A gunman has reportedly shot multiple victims in Virginia Beach, Virginia, according to alerts tweeted by the police and other municipal authorities.

There are conflicting early reports on the number of injured victims, and on deaths.

Below, some of the early tweets from authorities, first responders, and local journalists and news photographers.

This is a developing news story and will be updated.

ACTIVE SHOOTER SITUATION-municipal center, building 2. Multiple injuries. At this time it is believed that only 1 shooter, and they have been taken into custody. More to follow

UPDATE ON ACTIVE SHOOTER IN VIRGINIA BEACH: Dir. of Public Works tells our ABC affiliate that he found out about the shooting when his daughter -- who works in a nearby building -- called and was frantic. He works in Building 2, where the shooter reportedly opened fire.

PAO staging area is being set up at the ECCS center reference the Active Shooter incident. @CityofVaBeach

Nightingale just took off from Sentara Norfolk General Hospital. There are reports of an active shooter at the Virginia Beach Municipal Center with at least two victims #13NewsNow pic.twitter.com/1KBB5SmS2s

ACTIVE SHOOTER reported in Virginia Beach Courthouse -- we're still getting information. Early reports indicate there are two victims, but we're still working on finding out more. Unknown if the shooter is still inside. pic.twitter.com/EKKacAA1HG

A spox for the FBI Norfolk office tells @ABC they are aware of the incident, have been in contact with the Virginia Beach Police Department and are sending agents to the scene to assist. https://t.co/xraBmQQ47j

DEVELOPING: There are reports of a possible active shooter situation in Virginia Beach https://t.co/aYIcGo5zvO pic.twitter.com/BwSSSh6mub

Officers flying towards VB courthouse and city complexes- sources confirming to me there is an active shooter #BREAKING Virginia Beach Police respond to active situation at courthouse, building on lockdown https://t.co/pjOYRdjkUX pic.twitter.com/XBqX7LpDOf