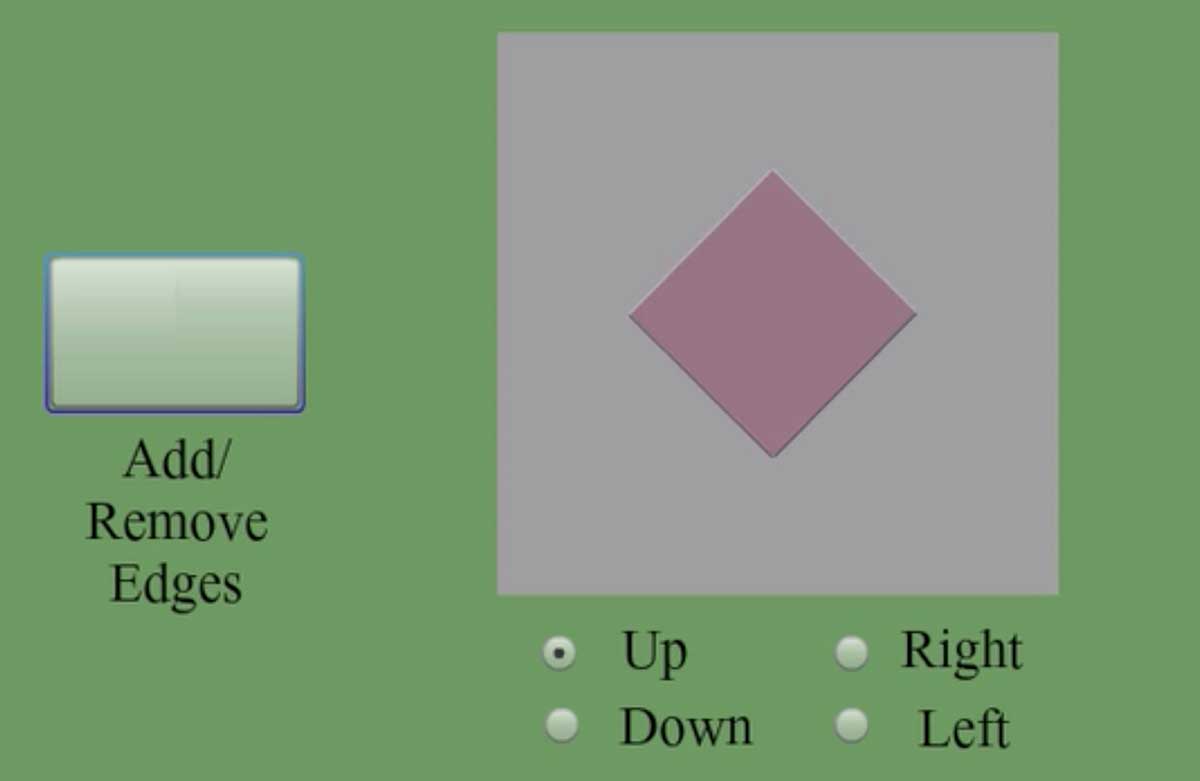 By changing the luminance around the edges of the diamond and the background, you can make it look as though the diamond is moving up, down, right, or left. From a paper in i-Perception titled, "The Perpetual Diamond: Contrast Reversals Along Thin Edges Create the Appearance of Motion in Objects."
by Oliver J. Flynn and Arthur G. Shapiro.