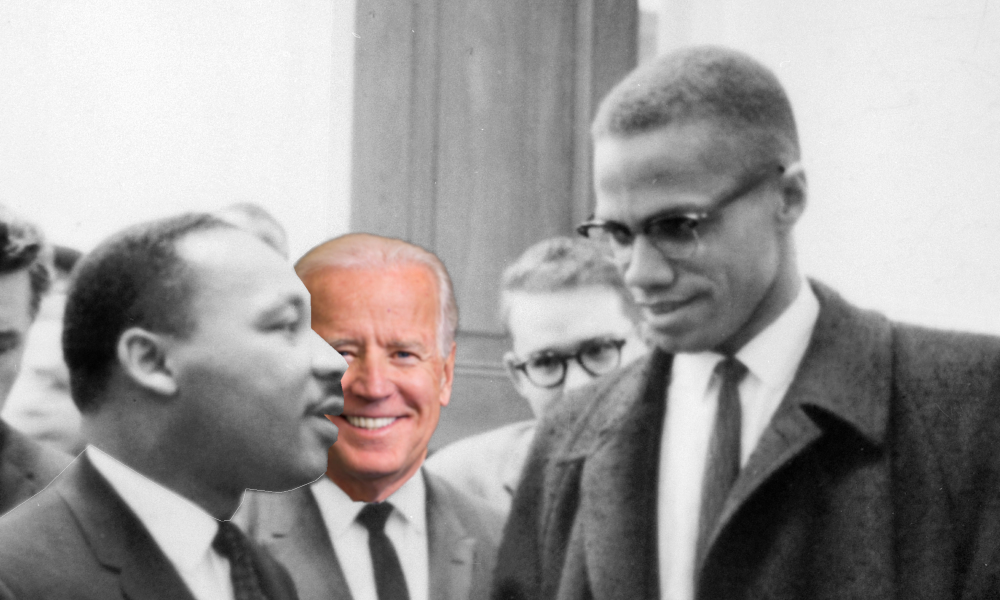 Joe Biden is really bad at running for president. How bad? Well, in 1988, he repeatedly claimed to have marched for civil rights, and bidensplained that the fight for civil rights was not a "12 point program" -- rather, its goal was to "change attitudes."

There's a lot wrong with this, starting with the absolutely ahistorical claim that the civil rights movement did not have a crisply articulated program. It did.

But more importantly: Biden never marched for civil rights. By his own account, the closest he came was working as a lifeguard at a swimming pool in a black neighborhood (he later opposed integration and defended racial segregation).

More worrying: Biden's earliest versions of this story were told from the point of view of Martin Luther King, Jr, whom Biden incorrectly asserted had no "12 point program." Later, Biden substituted himself for King. Repeatedly. Despite his staffers reminding him (repeatedly) that this story was an invention, and wrong in every way.

Joe Biden is really bad at running for president.

However, there is a Democratic frontrunner who did march for civil rights (and get arrested while doing so). What's more, he's the most popular politician in America among both Democrats and Republicans.

“When I marched in the civil rights movement, I did not march with a 12-point program,” Mr. Biden thundered, testing his presidential message in February 1987 before a New Hampshire audience. “I marched with tens of thousands of others to change attitudes. And we changed attitudes.”

More than once, advisers had gently reminded Mr. Biden of the problem with this formulation: He had not actually marched during the civil rights movement. And more than once, Mr. Biden assured them he understood — and kept telling the story anyway.

By that September, his recklessness as a candidate had caught up with him. He was accused of plagiarizing in campaign speeches. He had inflated his academic record. Reporters began calling out his exaggerated youth activism.

So this is a story I'll bet a lot of people haven't heard.https://t.co/dxT8WHyMxW pic.twitter.com/uZgZcu3XVk