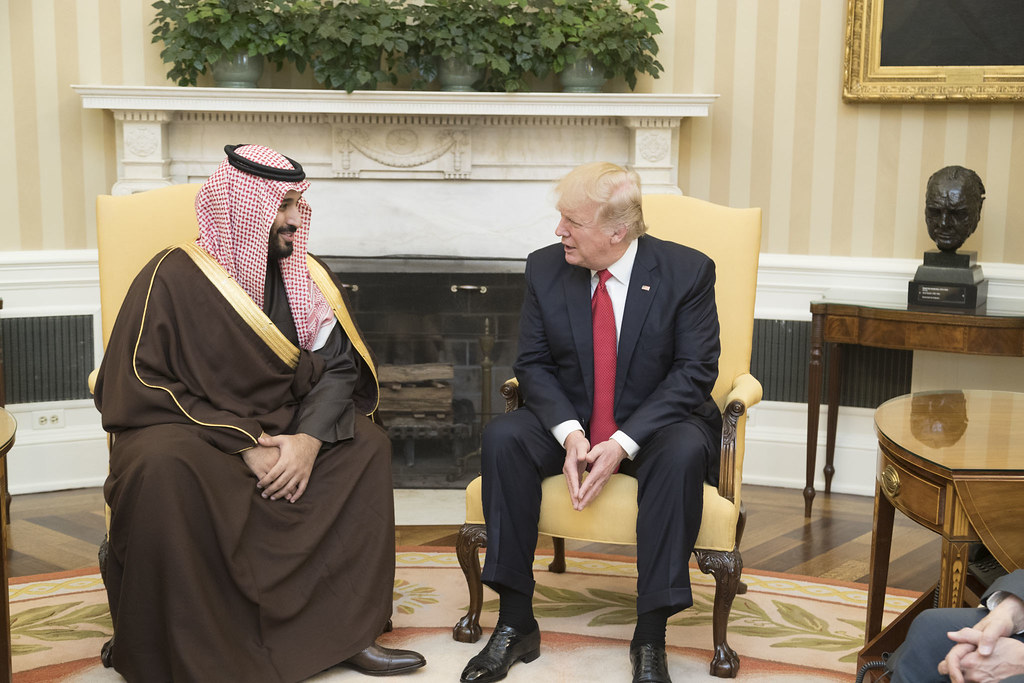 The first of these approvals happened about two weeks after agents of the Saudi government killed Khashoggi in Istanbul, in October of 2018. The second nuclear technology approval happened on February 18, 2019.

Sen. Tim Kaine (D-VA) represents the district where Khashoggi lived as a U.S. legal resident, and from which he sometimes contributed to the Washington Post.

Kaine says these nuclear technology transfer approvals are part of a "disturbing pattern of behavior" by the Trump administration toward Saudi Arabia, among other autocratic regimes.

From Dan De Luce and Robert Windrem at NBC News:

Citing records provided by the Department of Energy, Sen. Tim Kaine, D-Va., said Tuesday that the Trump administration had given the green light to U.S. energy firms to export technology and know-how to Saudi Arabia on Oct. 18, 2018 — just 16 days after Khashoggi was killed at the Saudi consulate in Istanbul. The administration then approved another transfer on Feb. 18 this year.

Congressional staffers from both parties told NBC News Kaine's account was accurate. The Department of Energy did not immediately respond to requests for comment.

Kaine is a member of the Senate Foreign Relations Committee, which had requested details on seven transfers of nuclear expertise to Saudi Arabia, including the timing of the approvals in each case.

"It has taken the Trump Administration more than two months to answer a simple question — when did you approve transfers of nuclear expertise from American companies to Saudi Arabia? And the answer is shocking," Kaine said in a statement.