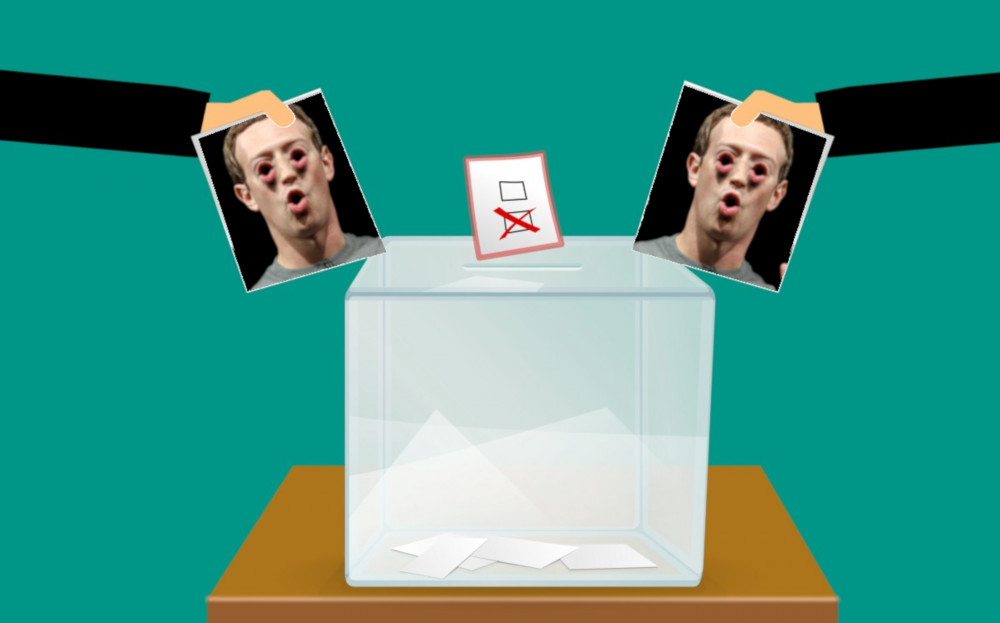 Every year, activist investors try to get Mark Zuckerberg to resign for the good of the company, citing his incompetent handling of the company's endless string of privacy scandals and his inability to steer the business towards a scandal-free, sustainable future: in 2018, 51% of the company's "ordinary investors" (shareholders apart from Zuck, his board and his employees) voted to fire Zuckerberg; this year, the bloc calling for his resignation represented $3B in Facebook investments.

As part of its mandatory financial disclosures, Facebook has disclosed the result of this year's vote: 68% of ordinary investors want Zuck fired.

The outcome of the vote was always foreordained: thanks to techniques pioneered by Rupert Murdoch and the Google founders, Zuckerberg's minority financial stake in the company still translates into voting control over its decisions. The majority of ordinary shareholders also voted to get rid of this situation and replace it with a traditional one-share/one-vote system.

Facebook's share price fell dramatically last year following the Cambridge Analytica disaster, while weaker than expected growth compounded the downturn. The stock has not fully recovered after hitting a high of $217.50 on July 25 last year. Shares plunged 7.5% to $164.15 on Monday following news of a potential antitrust investigation.