Get the Mueller Decoder, and decipher his cryptic statements! 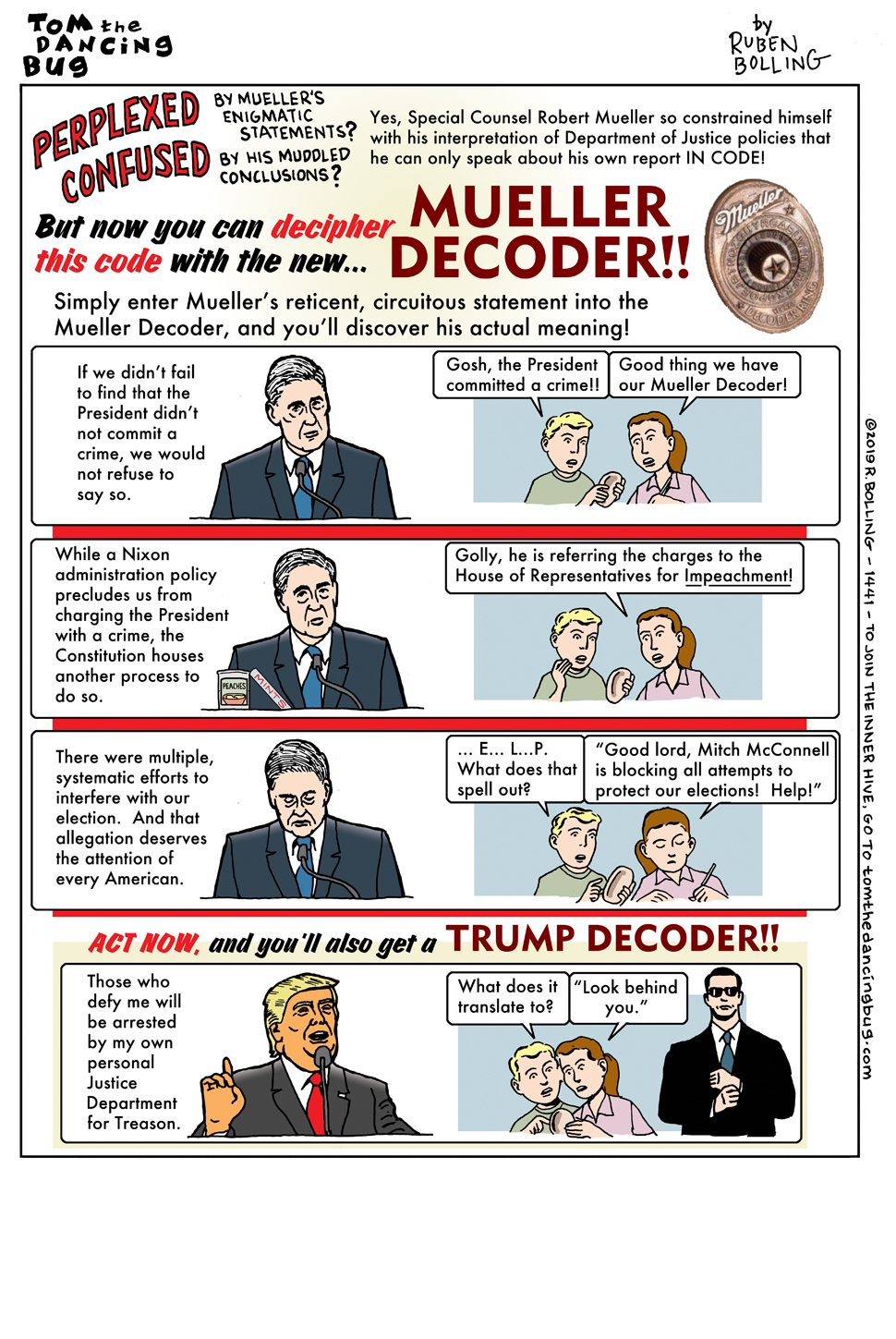 Tom the Dancing Bug, IN WHICH the Mueller Decoder can decipher Robert Mueller's cryptic statements, revealing his actual conclusions about Trump!