Video released of jail officers beating up a strapped-down inmate 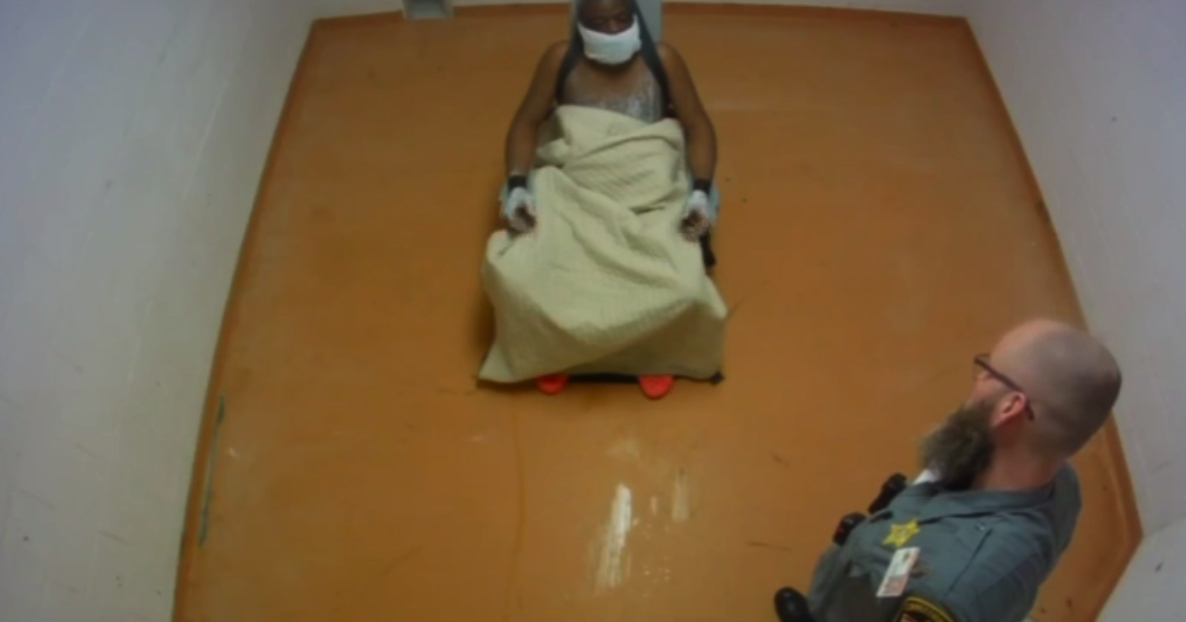 Two officers at Cuyahoga Country Jail were filmed beating up a man strapped into to a restraint chair, and the video was released to the media. Nicholas Evans and Timothy Dugan are each charged with felonious assault, unlawful restraint, and interfering with civil rights. Evans also tampered with the evidence, prosecutors say, when he turned off his bodycam to prevent it recording the beating.

wall camera footage was released to News 5 – it clearly shows both officers punching the inmate repeatedly in the head as he sits in a restraint chair with both his arms bound with his mouth covered. The video shows the officers speaking to the inmate, but audio was not recorded.

The indictments allege that Evans and Dugan left the inmate in the restraint chair for over two hours after beating him, instead of immediately transporting him to medical.

Be warned: the video depicts a brutal attack on a man who cannot even raise his hands to shield his face. The machine-vision quality mades it particularly disturbing.