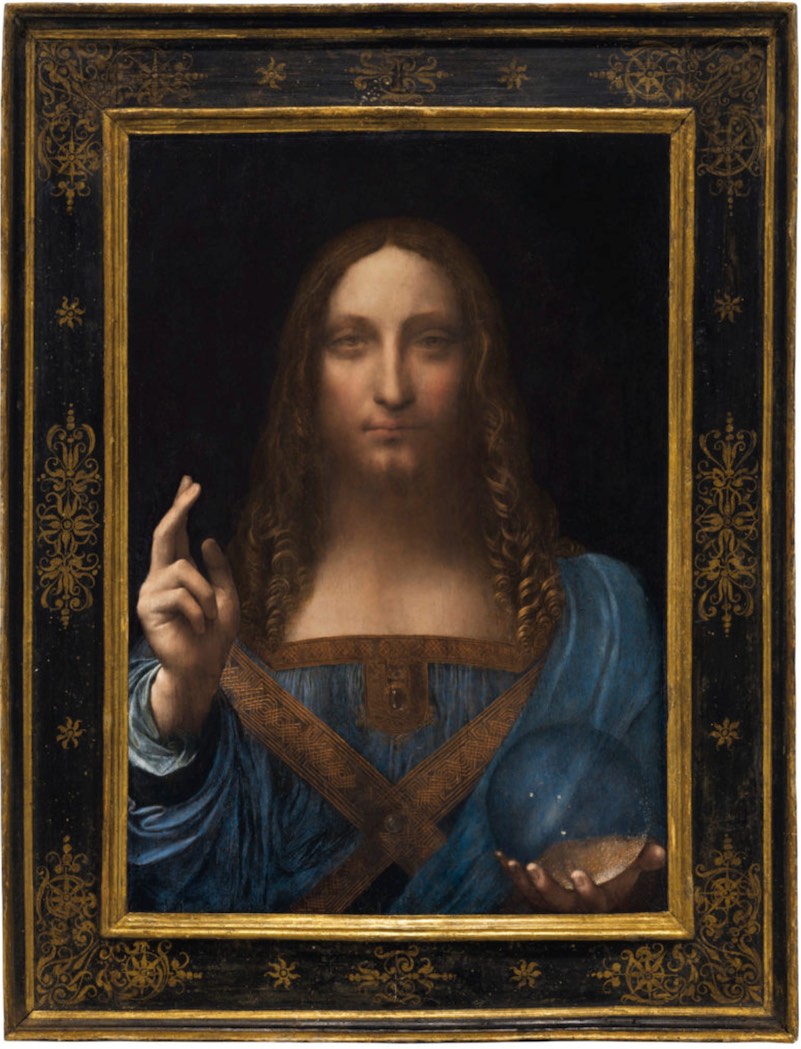 In 2017, British auction house Christie's auctioned off the painting "Salvator Mundi" by Leonardo da Vinci (or by his workshop, at least) for $450 million.

The buyer was a Saudi Arabian prince and Minister of Culture thought to be buying the art on behalf of Mohammad Bin Salman (MBS), the Crown Prince of the country, as a gift. The lucky recipient was reportedly Prince Mohammed bin Zayed of Abu Dhabi for display in his Louvre Abu Dhabi. But then it vanished. For two years, Savator Mundi's location has been unknown to the public. From Kenny Schachter's column on artnet:

You won’t believe where I’m told the painting is today. Apparently, the work was whisked away in the middle of the night on MBS’s plane and relocated to his yacht, the Serene.

...My sources say (it) will remain onboard until MBS finishes transforming the ancient Saudi precinct of Al-Ula into a vast cultural hub—basically an art Disneyland—that will no doubt compete with Abu Dhabi’s Louvre and, more significantly, the Jean Nouvel-designed National Museum in Qatar, the sworn enemy of the Saudi crown prince.

In the meantime, I'm sure the salty air will add a nice patina to the painting.

"Where In the World Is ‘Salvator Mundi’? Kenny Schachter Reveals the Location of the Lost $450 Million Leonardo" (artnet)