At a Chinese cemetery, scientists discover some of the oldest evidence of pot smoking 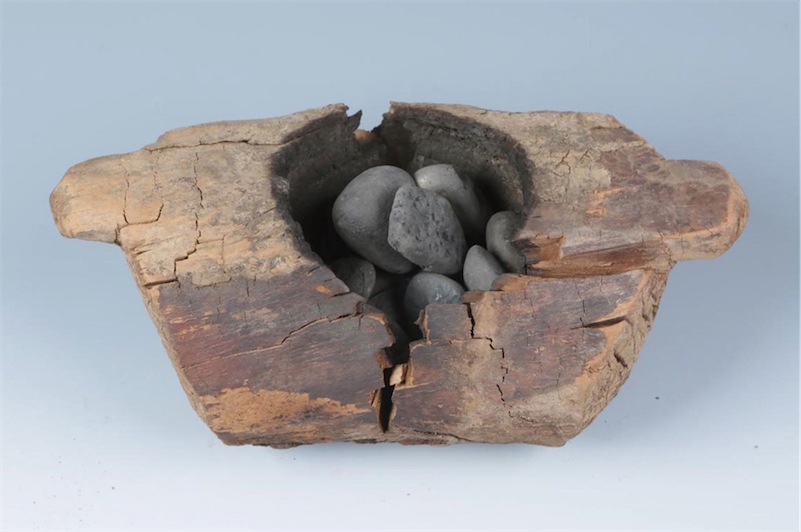 More than 2,500 years ago in western China, people in mourning gathered at a cemetery for a ritual that involved getting high from cannabis plants burning in wooden pots. It's likely that they were trying to communicate with spirits. From Science News:

Evidence of this practice comes from Jirzankal Cemetery in Central Asia’s Pamir Mountains, says a team led by archaeologist Yimin Yang of the University of Chinese Academy of Sciences in Beijing. Chemical residues on wooden burners unearthed in tombs there provide some of the oldest evidence to date of smoking or inhaling cannabis fumes, the researchers report online June 12 in Science Advances....

East Asians grew cannabis starting at least 6,000 years ago, but only to consume the plants’ oily seeds and make clothing and rope out of cannabis fibers. Early cultivated cannabis varieties in East Asia and elsewhere, like most wild forms of the plant, contained low levels of THC and other mind-altering compounds.

Yang’s team identified a chemical signature of cannabis on charred plant material from 10 wooden burners, or braziers, found in eight Jirzankal tombs. Chemical signs of an unusually high level of THC were found inside nine braziers and on two stones that had been heated and used to burn plants in the braziers.