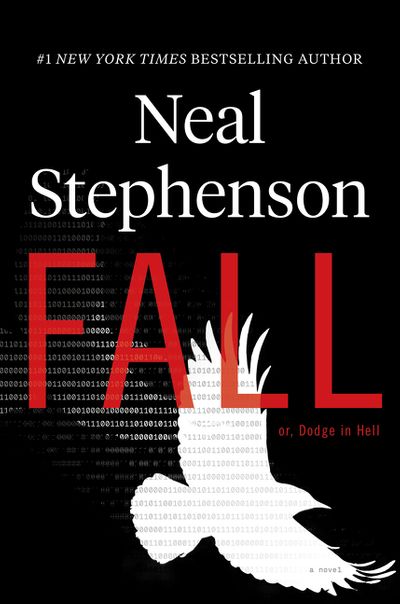 Veteran reviewer/interviewer Rick Kleffel (previously) has just posted a long podcast interview (MP3) with Neal Stephenson, discussing his latest novel, Fall; or, Dodge in Hell ("a science fiction novel with a fantasy novel stuck inside of it").

The interview ranges over the connections between the new book and Stephenson's canon -- it revisits themes going back to Snow Crash and features characters from Cryptonomicon -- and the way that the 2016 election disrupted Stephenson's plans and forced him to rethink his critique of the collapse of consensus reality (the section on this is a real standout).

I'm nearly done the book myself and loving it, despite the 880-page length, which contains some draggy sections. I'm planning a review for next week or later this week. In the meantime, here's a little from Kleffel's review:

The joy of Stephenson’s fantasy novel-within-a-novel is that it is informed by and intercut with a toe-tapping tale of near-future intrigue. Every coin in the fantasy world has two sides as characters from the supposed real world (assuming we are not a simulation), find themselves reborn in a world that manages to be weirder than ours. Stephenson uses the fantastic not just to externalize our world into his near-future, he uses his fantasy to externalize the characters in his novel. It’s an economical means for him to entertain the hell out of us (you’re ignoring the so-called real world when you’re immersed in this tense-in-all-worlds narrative) while providing a great dose of exploding-head thought experimentation. Fall, or Dodge in Hell wallops your brain while it whips you into a future that is all to reminiscent of today.