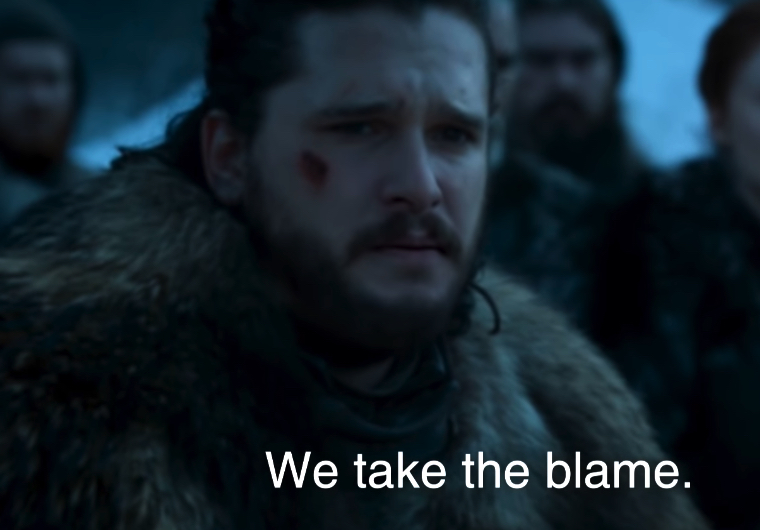 "When a Starbucks cup is the smallest mistake, you know you've fucked up."