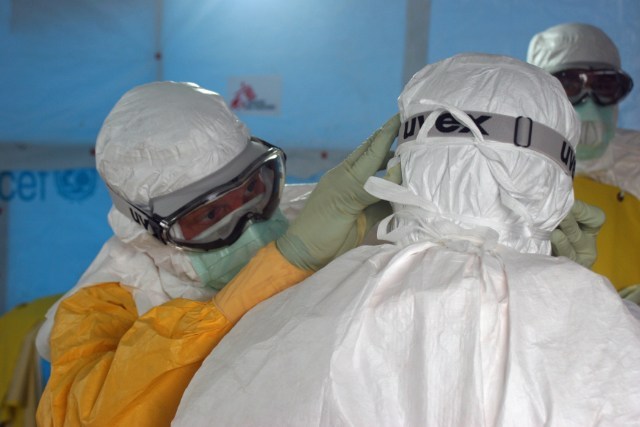 A panel made up of 10 infections disease experts told the World Health Organization (W.H.O.) announced that, as dire as the situation might be, calling the outbreak, what it is--sn international emergency--would be a bad idea. It makes sense: as the New York Times points out, saying that the hemorrhagic fever is an international emergency could lead to neighboring countries shuttering their borders to the Democratic Republic of Congo and forbidding flights to and from the region. That'd be a non-starter for keeping much-needed medical and scientific aid flowing into the hot zone. Despite the fact that folks are dying painfully and on a startling scale, the international community is doing jack shit to help stamp out the outbreak. This is especially troubling, given the fact that the hot zone for this outbreak also happens to be in a war zone. Medical operations have been chronically stalled or stopped do to the dangerous working environment that the individuals brave enough to face the disease have been subjected to.

The W.H.O. has requested $98 million for its response and has received only $44 million. In an interview before the announcement, Dr. Tedros said it had recently received commitments from Britain, the United States and Germany.

“We’ve never seen an outbreak like this,” he said. “It happened in a chronic war zone and overlapped with an election that politicized the whole situation. Militia attacks kept interrupting the operations, and when that happens, the virus gets a free ride.”

I guess we'll see what we see.

Image via the U.S. Department of Defense

Ebola is now a treatable disease.