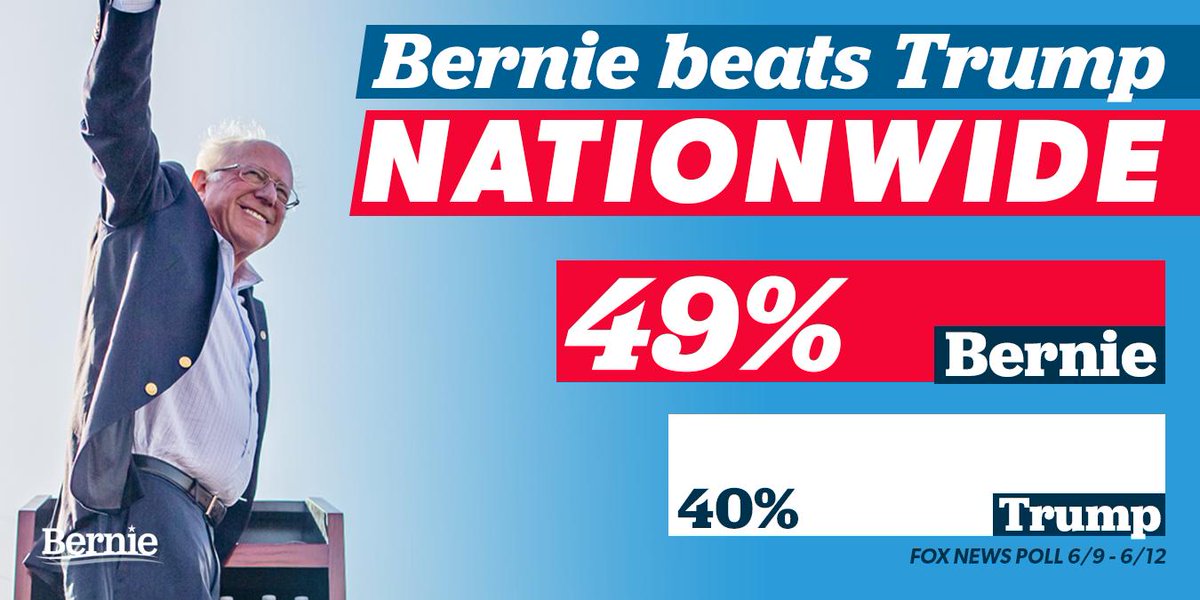 From June 9-12, Fox News commissioned pollsters Beacon Research (D) and Shaw & Company (R) to survey 1,001 representative Americans; the poll concluded that if the election were called today, Sanders would beat Trump by 9 points, 49%-40%, as would Biden; Warren would beat him 43%-41%; Harris would beat him 42%-41%; and Buttigieg would beat him 41%-40% -- Sanders has acknowledged that "polls go up and polls go down." (via Naked Capitalism)