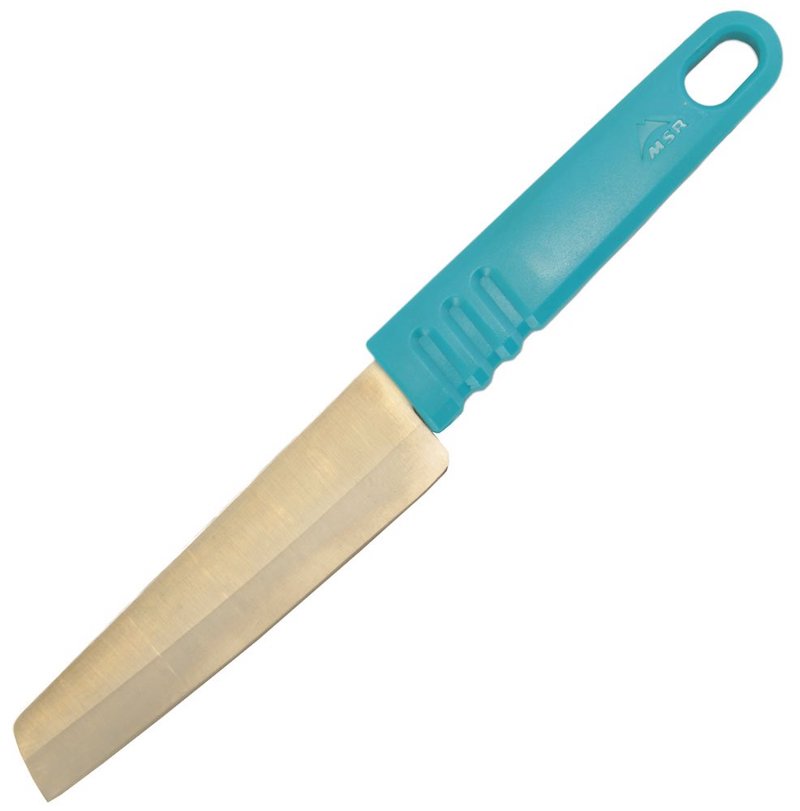 You can also sharpen it quite easily.

I used to buy camping kitchen knives at the dollar store. I'd use them for a season, or part of a season, and then throw them away. They were cheap but unfortunately also disposable. Years ago this MSR Alpine Kitchen Knife came with a set of cooking kit. I have not needed a new knife since.

Good for chopping, paring, slicing and spreading -- this knife will do it all if I'm camping alone and not feeling like taking out silverware. Sure, I'll eat with the kitchen knife.

I have gotten a lot of use out of this blade and only had to sharpen it once. It holds an edge very well.

The Alpine Kitchen Knife is lightweight and has a bit of flex, but is a pleasure to work with. The knife comes with a lightweight plastic sheath for the storaging, as well.