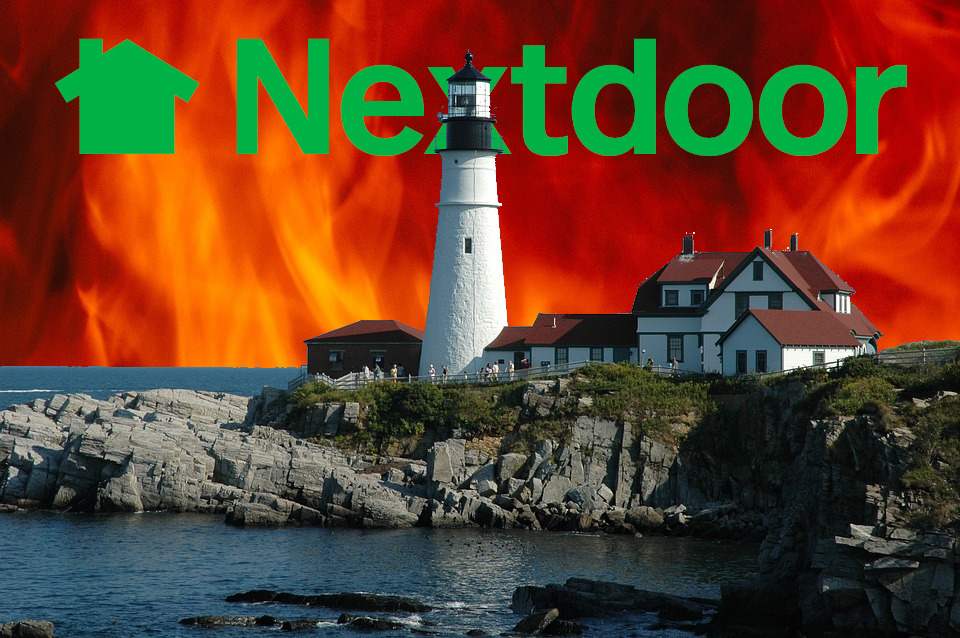 You know, I was going to let this thread go by without saying anything. It's not worth it, I said to myself. These people aren't going to listen. But y'all can't stop being hateful and I'm tired of getting notifications that someone else is being and absolute bell-end about their fellow man on NextDoor.

First of all, "they" aren't illegal. They are asylum seekers. It is legal in every nation on the planet to seek asylum, and they are abiding by the law. Just like our friend with his grandfather's naturalization certificate at the top of the thread (which is from 1928, by the bloody way, predating the Hart-Cellar Act of 1965 which completely overhauled the process to enter this country, specifically to make it harder for minorities because human beings will keep a rock as a pet but cannot think of other human beings as brothers unless they look *exactly* like them. And even then). THEY NEED HELP BECAUSE THEY ARE FOLLOWING THE LAW. The law forbids them to work for 6 months after entry. If they were illegal, they would just start working one of the many menial jobs that have no problem hiring underpaid immigrant labor.

Second, these people are not hurting you. In any way. I would be shocked if anyone yelling about those terrible no good very bad fellow human beings had ever met even one of them. Many of them are educated and skilled. Many of them are Francophones, making Maine a wonderful place for them to reestablish themselves, as there are still pockets of French speakers in this state. Every single study shows that immigrants and asylum seekers are a net benefit to the economy, that they get off of social services much faster than homegrown welfare recipients, that they become entrepreneurs and hard workers. And yet you hate them before they even arrive.

And if you want to talk to me about how some of them are Muslim, and might bring their naughty repressive Muslim African culture into wonderful, flawless liberal America, let me tell you about Alabama. And Georgia. And Ohio. And North Carolina. And the Supreme Court. The people who are right now actively seeking to curtail my rights to my own body, to prevent me from voting for my own equal representation, to empower the companies that may employ me over myself, are as American as the flag, fireworks, and goddamned apple pie. These are individual people with no institutional power, and you have no idea what they think or believe about anything because you don't know them. The people with institutional power are hurting us all. Right now. And I don't see any angry threads on Next Door about it.

OMG BUT MY TAXES.

I. Pay. Taxes. Too. And my taxes go to support an aging Maine population, to give them healthcare, food stamps, housing subsidies, social security, and myriad other avenues of support. Support that will almost certainly not be available to me when I am old, because the very generation receiving my tax dollars has repeatedly voted for the downsizing and existential dissolution of the programs they enjoy. Yet I still pay. I pay for you. Knowing I will get nothing in return.

But you know what really pisses me off about where my tax dollars go? It isn't that they support an aging conservative population with the free time to post endless hateful multi-exclamation point capslocked screeds on the Internet. And it goddamn well isn't that 86-150 families (god, how few human beings it takes to turn on the histrionics) who have been through the most heinous and unimaginable cruelty, violence, and persecution might settle here in this state where all the young people actually born here are fleeing at rates that would snap your neck.

My tax dollars and your tax dollars and all of our tax dollars are going to subsidize developers who smell fresh meat in our city so they can build more luxury condos none of us can afford (and again, the sale price of three or four of them on the West End would cover everything these families need), condos that will sit empty for all but two weeks a year so that a few families can look at the water and stuff themselves with lobster butter while complaining about live music to the point that our festivals get cancelled so they can go to bed earlier, murmuring as they drift off to a dreamland none of us can make a down payment on that Portland used to be so much better in the old days.

My tax dollars and your tax dollars and all of our tax dollars have, for eight years, gone toward blocking bills the people voted for from becoming law, fighting in the courts not to give Mainers medicare or raise our minimum wage or let us smoke in peace or have a little more choice in voting. Our money has gone to subsidizing red states that hate New England like fire. Our money has gone to making sure the megayacht-parking lobster butter bathers pay less in taxes than a barista on Munjoy Hill. And NONE of you are complaining about that.

Nor do I see any single thread looking to help the homeless vets and addicts you're all suddenly so conveniently concerned about, no matter how bad the winter gets. Pro tip: do not use veterans as strawmen when you argue that the poor deserve nothing and America is somehow full. A massive percentage of vets are immigrants themselves, and they are out there protecting your right to be a total dick on the internet.

Somehow, for some strange reason, the only time people seem to take to their keyboards to complain about where their taxes are going is when they might just end up helping someone less fortunate. When they help people more fortunate? Crickets.

This state is aging. We need a new tax base or all those senior citizens will suffer, because their services will be cut without people my age to pay for them. Young people are not moving here. They're just vacationing here. If you feel like freezing to death some idle winter without social services still yelling Don't Tread On Me, be my guest. I would prefer to live in a lively multicultural city full of art, music, food, theater, and more services being used by people who need them to survive than those who just want to pay a little less taxes and have a convenient place to park their yachts.

The hate in this thread is repulsive. You should all be ashamed of yourselves. I would imagine some of you consider yourselves Christian, even while you spit on those Christ commanded you to shelter and treat even as you would him. Nice work. There is not one of you who has not taken help from another human being at some point in your lives, even if it's only in the form of using the roads and electricity and infrastructure we all pay for collectively to make yourselves a success. Filling these people's bellies costs us so much less than filling the insatiable gullets of the vulture capitalists that have made quite the little feast of our city in the last decade. It's utterly pathetic that we must pay for the rich to harm us, but that rouses no protest, but this, THIS, these poor, desperate, hopeful people who have walked across a continent to get here, raises your rage to the breaking point.

You want to save a dollar by starving a poor man while handing over twenty to a rich one with a smile and a song.

That you would deny someone who has escaped hell on earth a blanket, a tv dinner, and a scrap of gym floor to sleep on doesn't make you a patriot. It makes you a bad person.

Catherynne M. Valente is a novelist; her latest book is Mass Effect: Annihilation.