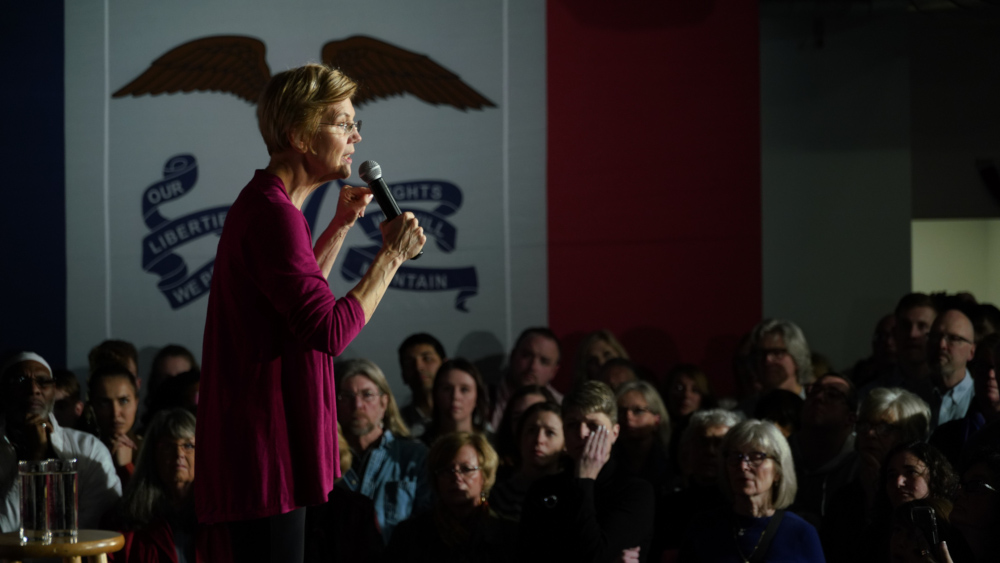 Sheelah Kolhatkar's 10,000 word New Yorker profile of Elizabeth Warren is mostly a "color piece," giving a sense of where Warren is coming from, personally and politically; as such, it's a good read, but mostly redundant if you've already read Warren's (very good) 2018 book This Fight Is Our Fight: The Battle to Save America's Middle Class; that said there's a couple of key political insights that are very timely for anyone trying to figure out whom to support in the Democratic presidential primary (I am a donor to both Warren's and Sanders's primary campaigns).

First is the relationship between Warren's rhetoric and Trump's, which bears some similarities in that both campaign on economic justice for the "forgotten" people of America. As a staffer says, the inflammatory "rigged system" rhetoric is deliberate, "It’s not enough just to inspire. You have to inspire and fight for something. You have to name a villain."

Warren describes the difference: "Donald Trump says, ‘Your life isn’t working, and the reason is all those people who don’t look like you. They’re not the same race as you, they don’t worship like you, they don’t talk like you. So blame them.’ His answer is: divide working people. It’s racist. And, ultimately, it makes everyone poorer."

Kolhatkar also provides a glimpse of how well Warren's proposed wealth tax is playing out, as Warren reminds people that middle-income voters -- whose only substantial asset is likely to be their home -- already pay an annual wealth tax in the form of property taxes: "All I want to do that’s different is include the Rembrandt and the diamonds!" (to which an audience member yells, "And the yacht," and Warren agrees, saying "And the yacht with the Imax theatre!").

Also, Kolhatkar connects the dots between Warren's outstanding track record in consumer protection as evidence that she can Get Stuff Done once she attains office.

Obama, facing intense resistance, nominated Richard Cordray, a former Ohio attorney general, for the role. But he asked Warren to help set up the agency; she spent a year doing that. Under Cordray, the C.F.P.B. forced financial institutions to return twelve billion dollars to customers who had been targeted by scams such as unauthorized overdraft charges and illegal fees for student-loan repayments. Congressional Republicans kept up their opposition; by 2017, they had introduced a hundred and thirty-five bills and resolutions to weaken or eliminate the agency.

In 2011, when Warren met with Obama to tell him that she was returning to Cambridge, the conversation took a surprising turn. According to Warren, Obama began talking about the upcoming Senate race in Massachusetts, telling her that if she ran, and beat Scott Brown, she could continue advocating for the issues that she cared about. It was a conversation that launched her political career.

Fried told me, “It was one of the wonderful ironies of life, because the bankers and the credit-card companies hated her. They said, ‘O.K., we’ll give in on the C.F.P.B., but Warren is not going to be the first boss of it.’ ” Fried continued, “If she had been, her leave of absence at Harvard would have expired and she would have come back and she’d be a law professor. Now they’ve got her until the end of time. Maybe they were underestimating her.”

Can Elizabeth Warren Win It All? [Sheelah Kolhatkar/New Yorker]