The British press used to be amazingly homophobic, and the backsliding has begun 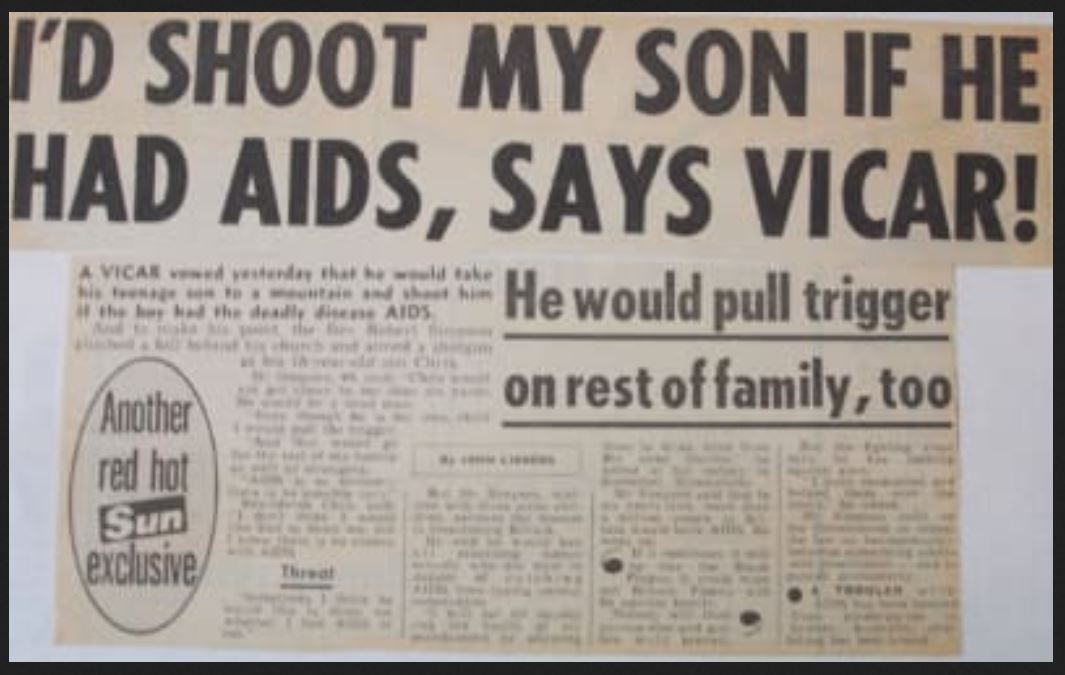 Mediawatch was a column that ran in Britain's Gay Times for almost 25 years, with author Terry Sanderson cataloging coverage of LGBT issues by the mainstream press. The archives are being posted online in a blog format, and Buzzfeed published an interview and retrospective with Sanderson himself.

Poofters. Benders. Shirtlifters. Bumboys. Lezzies. This was how British tabloid headlines referred to gay men and lesbians in the 1980s — an echo of the taunts heard on the street before a beating. The stories beneath would expand on the pejoratives, justifying them with news of “sick”, “evil”, “predatory” gays — all arising from a presumption: that readers would agree.

The twist is that the readers didn't agree. The pervasive homophobia of British newspapers was increasingly out of step with the times, revealing more about the neurotic obsessions of Fleet Street creeps than the country at large. The open bigotry evaporated in the early 1990s as circulations began to decline and reality asserted itself.

But I must admit to being taken aback by just how homophobic they were. Sanderson chronicles not merely slurs and AIDS-baiting headlines, but calls for reprohibition, pogroms and executions--all delivered in the same blurting, jokey yet seething-angry tabloid cadence that foreshadows the reactionary right's approach to social media now.

One thing stood out to me in particular: an old quote from Garry Bushell, then a columnist in The Sun, remarking that Stalin had the right idea by getting rid of the poofs. By the time I hit my teens in the 1990s and started paying attention, such talk was not merely history, but forgotten: Bushell was a mainstream TV star by then, an award-winning critic, but I never saw a whisper of that talk.

It was -- and is -- as if everyone in British media had collectively agreed that it had been awfully bad form but that we'd best move on. No-one seemed to talk or write plainly about how crudely bigoted these people were.

It was a "Lies and Reconciliation" process. The usual procedure is to admit fault in return for not being prosecuted (or cancelled, as it goes in media). But in Britain, we prefer to pretend that it just never happened, that the country had become a gay wonderland at some vague point of time around the turn of the 1970s---a time coincidentally on the fringes of professional and institutional responsibility--and that everyone should govern themselves accordingly.

The good side to forgetting is faster change, because it outruns forgiveness any day of the week. Britain became perhaps the best place to be queer, all told, in the English-speaking world. But there is a bad side, too: in UK media, it was not merely rude but an offensive faux pas to say people were homophobes, racists, sexists or bigots. It goes way beyond the defensive fragility of straight white folk that Americans are familiar with--in middle-class England, they will tut at you.

Forgetting stops being a thing that happened and becomes a way of life, because the bigots, they just can't help themselves.

Unfortunately, it turns that the unspoken deal was itself a lie, and perhaps the perceived sociology behind it too. No-one had changed, really, they had just become temporarily vulnerable to criticism. But we're stuck with the new rules all the same. So the backsliding will be nastier and faster than anywhere else, even as the pretending continues.

P.S. Another episode politely forgotten: did you know that London's august broadsheets, The Times and The Sunday Times, were ground zero for pseudoscientific AIDS denialism? Right up to the early 1990s, they ran stories promoting the claim that HIV did not lead to AIDS, that heterosexuals were not in real danger from it, and various constellated conspiracy theories. It was always delivered in the petulantly outraged tone of serious scientists fighting the establishment censors, too. Quillette energy, long before its time.