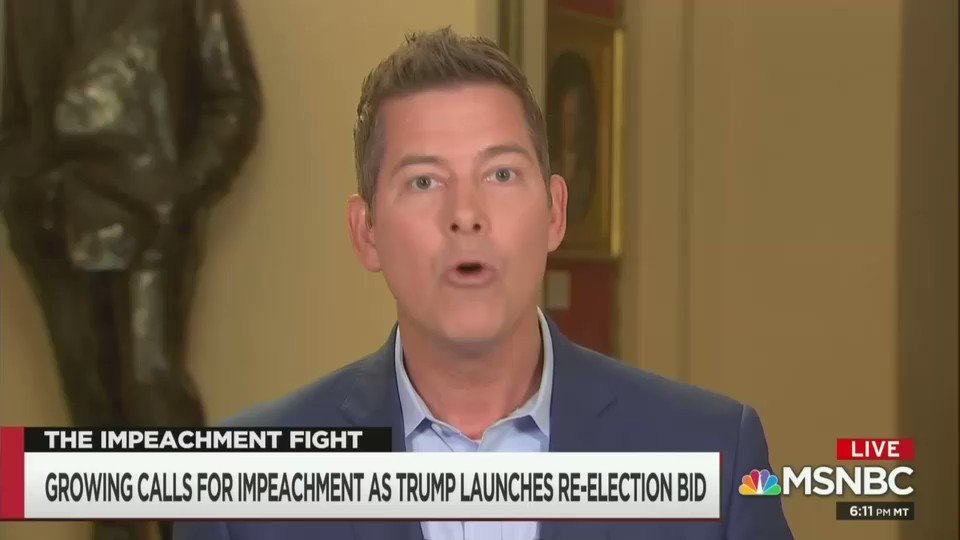 These guys really aren't even trying to hide how feckless and corrupt they are anymore, are they.

On 'All in With Chris Hayes' this evening, Republican congressman Sean Duffy of Wisconsin made the argument that a robust economy in Wisconsin during the presidency of Donald Trump means it's perfectly okay for Donald Trump to commit impeachable offenses.

Sean Duffy is on Twitter, and he encourages the good citizens and voters of the 7th Congressional District of Wisconsin to contact him, because he is “here to serve you, and so is my staff.”