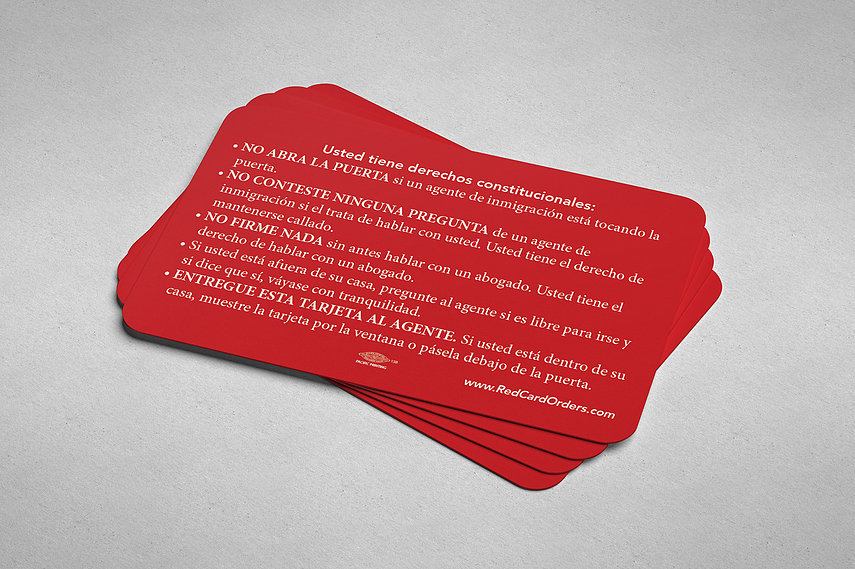 Donald Trump launched his 2020 re-election campaign by promising a roundup of 11,000,000 people, even as he has handed millions to Beltway Bandits to build and operate concentration camps on US soil. These could not be more timely.

The the reverse they say:

You have constitutional rights

• Do not open the door if an immigration officer knocks on your door.

• Give this card to the immigration officer. Do not open the door.

The cards can be downloaded and printed at home, or ordered in lots of 250 from a union print shop.