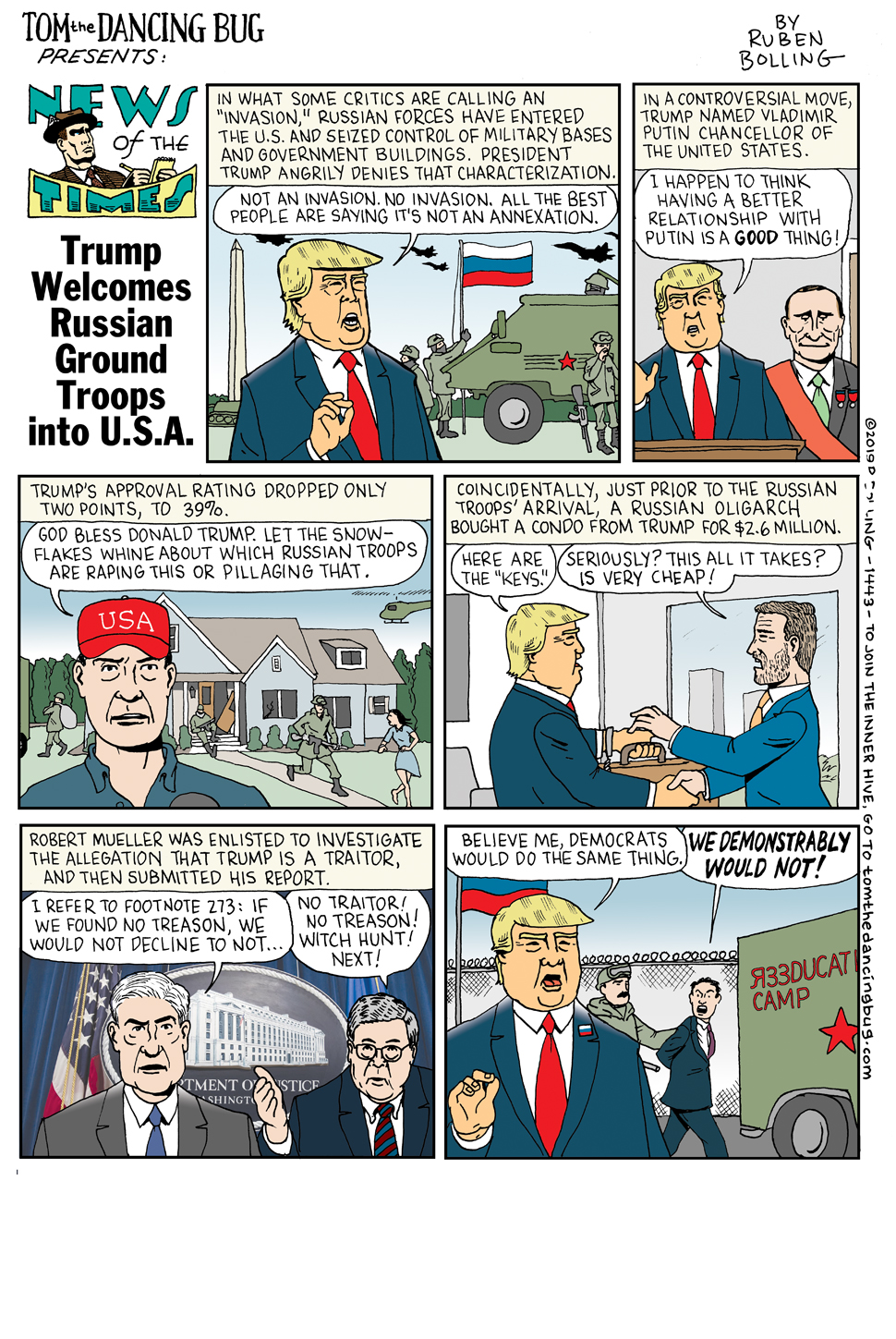 Tom the Dancing Bug, IN WHICH President Trump welcomes the Russian military into the USA, in what some critics are calling an "invasion."

FOLLOW! @RubenBolling on the Twitters and a Face Book.

RESIST! … the temptation to not JOIN Tom the Dancing Bug's subscription club, the Proud & Mighty INNER HIVE, for exclusive early access to comics, extra comics, and much more.