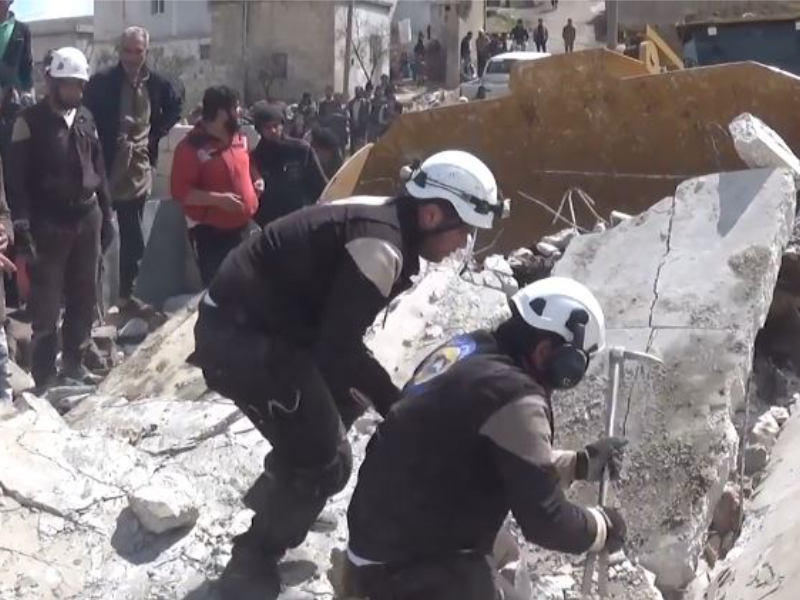 As reported by the BBC, in July of 2018, the Israeli military yoinked 100 White Helmet volunteers and their families--a total of 422 people--out from under the noses of the Syrian military and their allies. The Kingdom of Jordan was cool with giving the White Helmets a place to hang, so long as it was on a short-term basis. Canada offered to grant 10 of the White Helmets and their families asylum. As a Canadian, I was thrilled. I mean, was it all 422? No. But 10 heroes and their people is definitely better than none at all. At the time, I was proud to be a citizen of a nation that stands to protect our fellows; that provides a home to those who have been unable to find safe harbor elsewhere.

One year later, it appears that we shit the bed.

Ten members of Syria’s famed White Helmets rescue group – who were supposed to have been resettled to Canada last fall – are being kept, along with their families, in semi-isolation in a special high-security zone of Jordan’s Azraq refugee camp while they await the outcome of a delicate diplomatic effort to find a country willing to take them in.

The reason for their limbo remains a closely guarded secret. Neither the Canadian nor Jordanian government answered questions from The Globe and Mail about the specific reasons the families were flagged as security risks by Canadian officials who visited Azraq last year.

A spokeswoman for the Jordan office of the UNHCR, the United Nations refugee agency, said the focus is now on trying to find another country willing to accept them, an effort hindered by Canada’s assessment of the families.

According to the Globe & Mail, not a one of them has a clue of why they were offered a home by the Canadian government and then had the rug yanked out from under them. Anonymous sources from within the diplomatic community told reporters, "...that the array of concerns about the families ranged from the relatively minor – such as having photographs of armed men on their mobile phones – to the extremely complex, including affiliations with the myriad groups that have fought in the civil war." Fair enough: that's some shit you'd want to worry about if you were charged with securing your nation's borders. At the same time, after being caught up in a bloody, years-long civil war, there's a good chance that anyone would have photos of some dudes with guns or know someone tied to paramilitary groups.

The Canadian Security Intelligence Service (CSIS) and our border security service both state that they can't talk about it. Canada's Public Safety Minister, Ralph Goodale, won't talk about what's going on either. The party line is that the vetting of the refugees, is ongoing. For its part, the government of Jordan has been wicked patient, but they, like the White Helmet refugees we failed, are getting sick of delays.

Maybe the remaining SCD volunteers and their families might wind up in The Netherlands, France or Sweden. Maybe the master plan in all of this is to let the White Helmets and their kin die before making good on a promise made to the world.

Maybe the promise of a nation, no matter its history, can no longer be trusted.