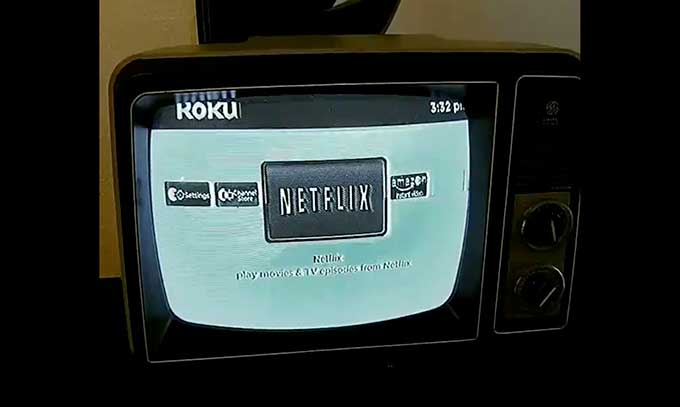 Josh Ellingson, an artist from San Francisco, connected a Roku to his old black-and-white TV and enjoyed The Twilight Zone as it should be watched. Here are some other fun things he did with the setup.