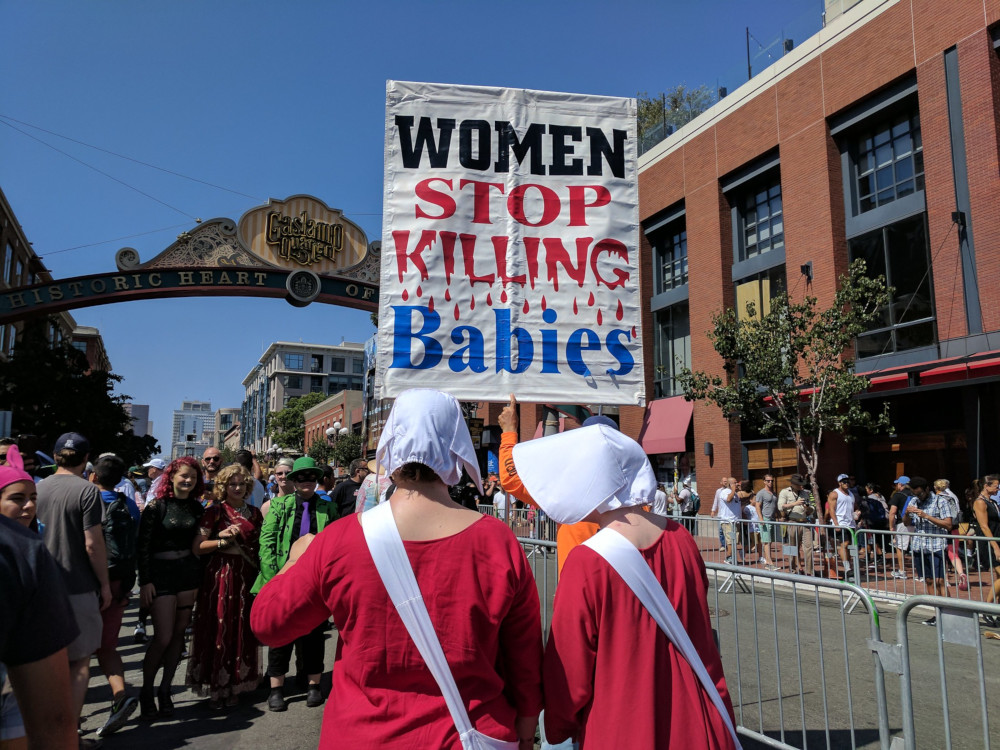 Writing in the New York Times, author John Irving describes the impulses that led him to write his novel "The Cider House Rules" in the early 1980s, a decade after Roe vs Wade; Irving reflects on the incredible cruelty inflicted upon children (a cruelty that only mounts) with the enthusiastic support of anti-abortion crusaders, and how impossible this is to reconcile with their purported concern for fetuses.

Understanding this contradiction is actually pretty easy, when you hear how anti-abortion crusaders talk about women, muttering vengeful condemnations: the point of opposing abortion is to punish women, not rescue children.

The Republican view of abortion is actually pretty easy to summarize. It's that personhood:

3. Can be renewed by forming an LLC in Delaware or Nevada.

The “pro-life” term was adopted by anti-abortion crusaders after the Roe v. Wade decision. The anti-abortion cause didn’t promote itself as “pro-life” until the more punitive-sounding “anti-abortion” label failed. In 1976, with the passing of the Hyde Amendment, prohibiting the use of federal funds for most abortions, opposition to abortion gained support among Republicans. The Christian right was on the rise; their socially conservative policies are inseparable from today’s Republican Party. In 1980, aided by the Baptist minister Jerry Falwell’s Moral Majority, the pro-life zealots took control of the Republican Party’s platform committee. Four anti-abortion presidents followed — Ronald Reagan, George H. W. and George W. Bush, and Donald Trump. Isn’t it as clear now as it was in the Reagan years? Aren’t the same people who sacralize the fetus generally opposed to any meaningful welfare for unwanted children and unmarried mothers?

The prevailing impetus to oppose abortion is to punish the woman who doesn’t want the child. The sacralizing of the fetus is a ploy. How can “life” be sacred (and begin at six weeks, or at conception), if a child’s life isn’t sacred after it’s born? Clearly, a woman’s life is never sacred; as clearly, a woman has no reproductive rights. The Roman Catholic Church, and many evangelical and fundamentalist churches, willfully subject women to mandatory childbirth and motherhood — procreation is deemed a woman’s primary purpose and function. I’m not overstating. In his 1951 “Address to Midwives,” Pope Pius XII states that “the procreation and upbringing of a new life” is the primary end of marriage.